Conversations: When Is a Poem Finished?


People often cite the poet Paul Valéry as the source of the quote " A poem is never finished; it is only abandoned."  That is actually a paraphrase of Valéry by W. H. Auden from 1965. (See W. H. Auden: Collected Poems "Author's Forewords.") What Valéry originally wrote was less of a sound bite: "A work is never completed except by some accident such as weariness, satisfaction, the need to deliver, or death: for, in relation to who or what is making it, it can only be one stage in a series of inner transformations." But many poets can identify with the sentiments in either.

When do you let go of a poem and stop revising?

An article about Marianne Moore and her continual revision compares her to any contemporary poet who uses software like Word and "tacks changes" leaving digital footprints of where the poem has traveled.


Moore doesn't seem to have ever been satisfied that her poems were completed. Her poem “Poetry,” first appeared in 1919 and was about 30. In the published 1967 version it was down to 3 lines. She also changed titles - "A Graveyard” became “A Grave,” for example.

In the Internet age, we have lots changes made to things published online - from simple typos in a poem or a Facebook post, to Wikipedia entries (always being revised). Lots of revisionist history.

Google Docs tracks each edit to the page. But if you're well known and post a Tweet, then decide to delete it after you get some bad feedback, chances are the original has been captured in a screenshot by someone for posterity.

When is a poem finished for you?  Pre-digital, when I wrote all my poetry in longhand on paper, I saved all the drafts which included revisions and proofreading changes. When I typed the poem, I considered it finished. As a hunt-and-peck typist, retyping something was an effort and I avoided it. When an electric typewriter with a correction tool appeared, and then with the first word processors, it was so much easier that I increased my revisions.

For me, most of my poems are finished when they are published. I can only think of two times when I changed a poem after it appeared in a publication. Perhaps, if I ever make it to the point where I need to put together that "Selected Poems" collection, that will change.

That article views Moore with the ways she changed her work as "more of a digital-age artist than any of her contemporaries. Her poems were as malleable as something written online."

I actually know several very well known poets who still avoid the computer, email and word processing. Two of them have "typists" who interpret their handwriting and print copies which they edit with a pencil and give back for retyping. There may be some thoughtful advantages to that process, and some of you might do the same thing even though you are your own typist. 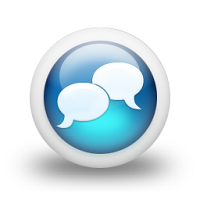 As another of our online "Conversations," let us know in a comment here about your revision process and particularly how you know when a poem is finished. Are you easy about letting go, or do you revise until as long as you can, like Marianne Moore?