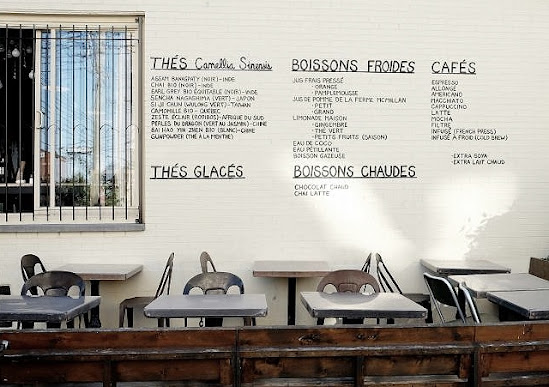 Photo by Julien Sister on StockSnap

When you hear the word "menu," your first thought is probably about a restaurant's list of the dishes available. "Menu" does have other usages including almost any list or set of items, activities, etc., from which to choose. A friend might ask, "What's on the menu for the weekend?" Websites almost always have a menu of options available to a user. Screens of all sizes have menu options, such as those for Netflix and streaming services.

The word "menu" is mid-19th century French and it meant any small, detailed list. It came from Latin minutus meaning "very small." Lists of prepared foods for customers go back much further to the Song dynasty in China. The original French menus were presented on a small chalkboard. In French, that chalkboard was "a carte" so foods chosen from that bill of fare are described as "à la carte" or literally, "according to the board." Today, à la carte items are generally specials not on the main menu.

I tried to find a menu poem to use here as a model without success. That surprises me since menu language is filled with hyphens, quotation marks, puffery, and foreign words that might appeal to poets. The majority of foreign words are French and so we have menu items such as "spring mushroom civet," "pain of rabbit," and "orange-jaggery gastrique.

The closest I found to menu poems are list poems (sometimes called catalog poems). A list poem can be a list of single words, or it could be a list of similar sentences. But a list poem should not be just a list. The best of them use items that have a relation to each other, or tell a story or perhaps offer commentary on a subject.

Walt Whitman's "Song of Myself" and Allen Ginsberg's "Howl," are list poems. I found Anne Porter's "List of Praises" and James Tate's "The List of Famous Hats" but they aren't what I imagine a menu poem to be. I found "A Little Menu" by Don Mee Choi, but it is still basically a list poem.

A list poem is a good form for young and new poets since it is an easier form to follow. I found a collection for young readers, Falling Down the Page: A Book of List Poems by Georgia Heard. I like the poem by the editor which uses a recipe for its list.

"Recipe for Writing An Autumn Poem" by Georgia Heard

Another poem that takes the list form a bit further is "My Love Sent Me a List" by Olena Kalytiak Davis. It is also a "found" poem as it uses lines from Shakespeare's sonnets. It begins:

O my Love sent me a lusty list,
Did not compare me to a summer's day
Wrote not the beauty of mine eyes
But catalogued in a pretty detailed
And comprehensive way the way(s)
In which he was better than me...

Since menus usually have some explanation of each item, I thought that "Objects Used to Prop Open a Window" by Michelle Menting comes closer to the menu form I imagined.

The poem moves from literal objects,

because this window is loose—lacks

to objects that can't literally prop open a window.

because this window, it's pane-less. It's only

a frame of air.

So what kind of menu poem are we looking for this month? You can start with a list of some kind be it names, places, actions, thoughts, or images. Since a menu is about options, that should be a consideration. The grand language of the restaurant menu can be employed. The branching sub-menus we find online are also a possible structure. Most list poems don't rhyme, but that might be something to consider. You might also use an additional form, such as it being a sonnet, found poem, etc. Again, what makes a list or menu poem more than just a list is what the poet does with the items beyond mere listing.

Visit our website at poetsonline.org
Posted by Ken Ronkowitz on 10/06/2021