The Conversation of Couples: Robert Hass and Brenda Hillman 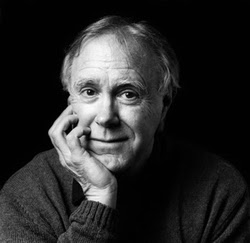 I first realized that there was a new poetry collection from Robert Hass when I read online that it had received the National Book Award for 2007.

Time and Materials: Poems 1997-2005 is his first collection to appear in a decade. The book's title has a date range such as we might find on a "selected poems" and the idea of "materials" suggests the things we build our poems from that we have collected over time. I have heard Hass read some of these poems over the last 10 years, and the book seems to me to be a kind of selected poems.

His materials are familiar to those who have read him before - California settings, art and literature, nature, desire, history and historic figures, domestic life and parts of conversations. The forms of his poems continue to range from prose to broken stanzas. You might also know him for his translations (see bio at bottom).

Maybe I'm reading into the poems, but more poems in this collection seem to be about memory and the failure of memory, or perhaps it's the failure of language to describe the passage of time.

You can listen to an interview with Robert Hass and hear him read at UC Berkeley and judge for yourself.

I know that Hass has done readings together with his wife, Brenda Hillman. I don't believe I have actually heard them read together, though I have heard both of them at Dodge Poetry Festivals.

Here's a link to Brenda's comments on Robert's poem “A Supple Wreath of Myrtle.” I caught on the lines where she says:

"The poem suggests that the daily and the heroic are always intertwined... The poem is one to live with; it captures something very powerful about human life, about the brevity of conviction, and about the individual’s relationship to his own story, to history in general, to reputation.

For this prompt, I have paired poems by them. One is Hass' poem "Futures in Lilacs" from his new book, and the other is Hillman's poem "Male Nipples" from an older book of hers called Loose Sugar. 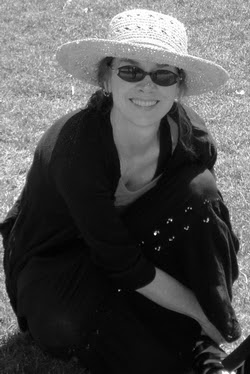 I am imagining that the "she" of Hass' poem is Brenda, and that the man in her poem is Robert - though it doesn't change our reading of the poem or the prompt if I am wrong.

"Tender little Buddha," she said
Of my least Buddha-like member.
She was probably quoting Allen Ginsberg...
She was taking off a blouse,
Almost transparent, the color of a silky tangerine.

And she describes male nipples, maybe the motorcycle boy's

convinced him to take only
his shirt off. They were, well, one
was brown and one was like the inside of a story--

and then describes someone perhaps nearby-

--So I told the little hairs
around his nipple: lie flat! and they did,
like a campfire, without the stories--

I see this prompt as a window frame. In the glass I see reflected this couple, but I also see the world outside. The window is framed with the past.

Tell us what this couple is saying and doing. Tell us about what is outside that window and how the past has framed it.

~~~~~~~
Robert Hass was born in San Francisco in 1941. He attended St. Mary’s College in California, and received both an MA and Ph.D. in English from Stanford University.

His books of poetry include Sun Under Wood: New Poems (Ecco Press, 1996); Human Wishes (1989), Praise (1979), and Field Guide (1973). Hass also co-translated several volumes of poetry with Czeslaw Milosz, most recently Facing the River (1995), and is author or editor of several other collections of essays and translation, including The Essential Haiku: Versions of Basho, Buson, and Issa (1994), and Twentieth Century Pleasures: Prose on Poetry (1984).

Robert Hass served as poet laureate of the United States from 1995 to 1997. He teaches at the University of California, Berkeley.

Brenda Hillman was born in Tucson, Arizona, in 1951 and attended Pomona College and the University of Iowa.

Some of her books include Cascadia (2001); Loose Sugar (1997 - a finalist for National Book Critic's Circle); Bright Existence (1993 - finalist for Pulitzer Prize); and Death Tractates (1992). She was also the editor of a collection of Emily Dickinson's poems published by Shambhala Press in 1995.

Hillman has taught at the Napa Valley Writer’s Conference and the University of California, Berkeley. She currently holds the Olivia Filippi Chair in Poetry at St. Mary's College in California. She lives in the Bay Area with her husband, Robert Hass.