This month we look at a short Japanese poetry form called the haibun.  The haibun (translated as "haikai writings" is a form that combines prose and haiku.

Haibun poems are used to write autobiography, diary, essay, prose poems, very short stories. It was used as a kind of travel journal when it was first used by the 17th-century Japanese poet Matsuo Bashō. It was a form he popularized. He wrote haibun as travel accounts. The most famous are in  Oku no Hosomichi (Narrow Road to the Interior).

Haibun continued to be written by later haikai poets such as Yosa Buson, Kobayashi Issa and Masaoka Shiki.

Not all of Bashō's haibun are devoted to travel. They also are character sketches, landscape scenes, and occasional poems to honor a specific patron or event. His "Hut of the Phantom Dwelling" is a quite long prose essay followed by the haiku:

Among these summer trees,
a pasania-
something to count on

(A pasania is a tree species of Asia, sometimes called in English a "stone oak" because of its very hard acorn-like nuts.)

Traditional haibun typically took the form of a short, precise prose description of a place, person or object, or a diary of a journey or other events in the poet's life, followed by a related haiku.

Haibun is now wriiten worldwide and the form has been adapted into different variations. The basic rules for the haibun are simple. 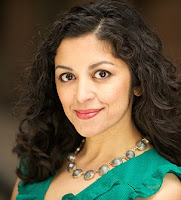 I was in a workshop this past year with the poet Aimee Nezhukumatathil where we wrote haibun, Aimee has written several articles on haibun and gives a more detailed look at the rules of haibun - although she admits that she is "not one to stay close and straight to any particular poetry 'rules' (the haibun form especially and brightly lends itself to experimentation if one desires)."

She told us that although Bashō coined the word haibun for the form as it is today, it already existed in Japan without that name as a kind of preface to poems and as mini-lyric essays. He wrote a guideline for the form and Aimee points out that he was quite concerned with aware (pronounced ah-WAR-ay), a term for the spirit of haiku or the "quality of certain objects to evoke longing, sadness, or immediate sympathy."

In "Don’t Bring Me to the Fireworks, The Fox-Wife Asks," by Jeannine Hall Gailey, we have a modern day haibun. I discovered Gailey's poetry in an article Nezhukumatathil wrote which includes another one of her fox-wife poems.


Don’t Bring Me to the Fireworks, The Fox-Wife Asks

They hurt my ears, make me run in circles. Under their chemical light you might see my non-human face, the tail I hide beneath skirts. In the city, under mercury vapor, you never see me clearly. I prefer the woods, the quiet howl of mosquitoes, of cicadas. Build me a hut of mud where we never see the stars, too bright. Bring me fans painted with cranes and peonies, poetry folded into birds. Don’t leave me in the crowd, my nose assaulted by too many scents. Let us stay far from others tonight, my love. Our celebrations will be fur and paw, hand to chest. Let the fireworks with their dizzy ghost spiders whine in the distance, keep me here, bring me silk kimonos the color of bark and dirt to nest in.

Keep the copper smoke
and saltpeter, the dim trails
of chrysanthemums in the sky.


That poem is from Gailey's collection, She Returns to the Floating World

, which explores motifs in Japanese folk tales:, persona poems spoken by characters from animé and manga, mythology, and fairy tales. The story of the kitsune, or fox-woman, is one that occurs throughout the book.

This month's prompt is a haibun following the simplified and traditional six rules stated above.

The submission deadline is the night of the New Moon, August14, 2015.