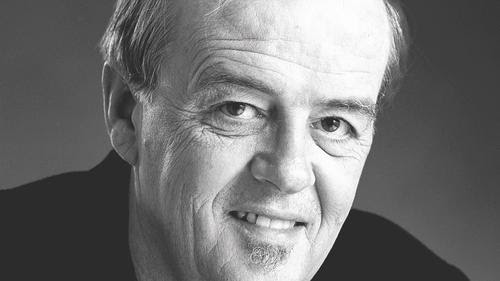 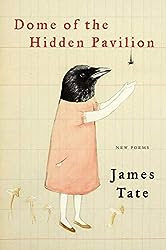 died this week at age 71. His death came just before the publication of his new book, Dome of the Hidden Pavilion: New Poems

One of the most popular poets of his generation, his work was often seen as a more accessible and entertaining version of poetry.

The new book is his 17th full-length collection.

An NPR piece on him by poet Craig Morgan Teicher

describes his poetry this way:

"A Tate poem often features a hapless protagonist (usually a well-meaning man) who stumbles into a set of ridiculous circumstances that nonetheless don't seem particularly ridiculous to him. The tone is airy, bemused — "Some things don't deserve to be contemplated" — hiding profundity beneath a relaxed surface. This man might meet a few townsfolk, each of whom will make some remark on the circumstance, which will get weirder with each remark, and then the poem then ends with a clever zinger. Usually, the action turns on increasing communication difficulties. Tate may be the only poet whose main subject is the benefit of misunderstanding."

The directions to the lunatic asylum were confusing,
more likely they were the random associations
and confused ramblings of a lunatic.
We arrived three hours late for lunch
and the lunatics were stacked up on their shelves,
quite neatly, I might add, giving credit where credit is due.

This is his short poem "Goodtime Jesus":

Jesus got up one day a little later than usual. He had been dream-
ing so deep there was nothing left in his head. What was it?
A nightmare, dead bodies walking all around him, eyes rolled
back, skin falling off. But he wasn't afraid of that. It was a beau-
tiful day. How 'bout some coffee? Don't mind if I do. Take a little
ride on my donkey, I love that donkey. Hell, I love everybody.

In Teicher's tribute to Tate, he wishes that "what follows for him be as odd and pleasant as the scene in his new poem, "The Afterlife," in which a dead man — a ghost — falls into the speaker's backyard."