Walt Whitman's Birthday - "I Celebrate Myself" 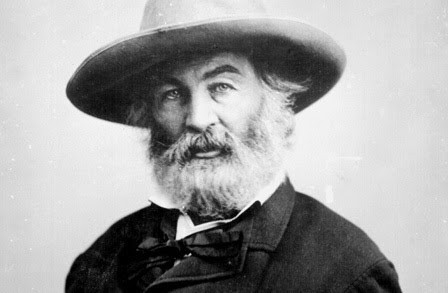 It's the birthday of Walt Whitman (books by this author), born in West Hills, Long Island, New York (1819). Whitman worked as a printing press typesetter, teacher, journalist, and newspaper editor. He was working as a carpenter, his father's trade, and living with his mother in Brooklyn, when he read Ralph Waldo Emerson's essay "The Poet," which claimed the new United States needed a poet to properly capture its spirit. Whitman decided he was that poet. "I was simmering, simmering, simmering," Whitman later said. "Emerson brought me to a boil."

Whitman began work on his collection Leaves of Grass

, crafting an American epic that celebrated the common man. He did most of the typesetting for the book himself, and he made sure the edition was small enough to fit in a pocket, later explaining, "I am nearly always successful with the reader in the open air." He was 37 years old when he paid for the publication of 795 copies out of his own pocket.

, issuing the eighth and final edition in 1891, saying it was "at last complete — after 33 y'rs of hackling at it, all times & moods of my life, fair weather & foul, all parts of the land, and peace and war, young and old."

Today, most scholars agree that Whitman was likely gay. When he was asked directly, toward the end of his life, Whitman declined to answer. But he did say, shortly before he died, that sex was "the thing in my work which has been most misunderstood — that has excited the roundest opposition, the sharpest venom, the unintermitted slander, of the people who regard themselves as the custodians of the morals of the world."

I celebrate myself;
And what I assume you shall assume;
For every atom belonging to me, as good belongs to you.

Houses and rooms are full of perfumes—the shelves are crowded with perfumes;
I breathe the fragrance myself, and know it and like it;
The distillation would intoxicate me also, but I shall not let it.

The atmosphere is not a perfume—it has no taste of the distillation—it is odorless;
It is for my mouth forever—I am in love with it;      10
I will go to the bank by the wood, and become undisguised and naked;
I am mad for it to be in contact with me. 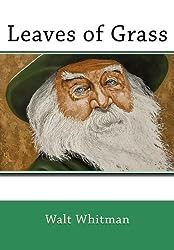 There are many editions of Whitman's poems

, including the free to read online Leaves of Grass at www.bartleby.com