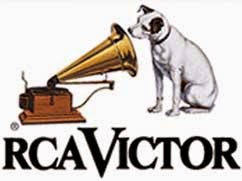 We love our pets. Writers love their pets, and they often write about them. I see more and more books about dogs and cats, and that includes poetry.

I recently went to a reading with Billy Collins

who has a good number of dog poems. In two of those, he  introduces us to dogs "whom have taken the command 'speak' quite literally."

One of those which has the dog contemplating his relationship to his owner, is titled "A Dog on His Master" - a title that makes me recall an old advertising slogan from the RCA Victor company used for early phonographs.

A DOG ON HIS MASTER

As young as I look,
I am growing older faster than he,
seven to one
is the ratio they tend to say.
Whatever the number,
I will pass him one day
and take the lead
the way I do on our walks in the woods.
And if this ever manages
to cross his mind,
it would be the sweetest
shadow I have ever cast on snow or grass.

In Dog Years: A Memoir

, poet Mark Doty decides to adopt a dog as a companion for his dying partner. Beau is a large, malnourished golden retriever in need of love. He joins Arden, their black retriever. These two companions accompany them on the sad journey and teach lessons about love and loss.

I loved Doty's poem (or is it Beau's poem?) "Golden Retrievals" the first time I heard him read it. Like many of Collins' poems it hits you as light and funny, especially in his reading of it. But, also like Collin's poems, there is something more serious going on in the poem.

The dog starts off with his joy in his dog world, rejecting the people world of:

Fetch? Balls and sticks capture my attention
seconds at a time. Catch? I don’t think so.

But his poor owner is:

Either you’re sunk in the past, half our walk,
thinking of what you never can bring back,

or else you’re off in some fog concerning
—tomorrow, is that what you call it?

The dog knows that his work here is part Zen master and part physicist trying:

to unsnare time’s warp (and woof!), retrieving,
my haze-headed friend, you.

) is this month's model poem for our writing prompt. And who would have guessed that Beau was a formalist, writing a kind of sonnet.

Your assignment this month is a poem that comes from the mind, heart or mouth of a pet or animal. Let your dog or cat at the keyboard or have them channel the poem to you in that sixth or seventh sense that we know they possess.

reading "A Dog on His Master" and one of my favorites, "The Revenant." The revenant (one who has returned, especially from the dead) dog speaking the latter poem is not in love with his master - the person who put him "to sleep" - in fact, "I never liked you - not one bit."

Garth Stein credits "The Revenant" for being the inspiration for his novel The Art of Racing in the Rain: A Novel

, written in the voice of a dog.

Like Beau, Collins' former pet also loves those outdoor smells encountered on walks, "but only because it meant I was about / to smell things you had never touched."

This dog's only somewhat kind remark is to confirm something about the afterlife that the poet had hopefully assumed: "that everyone here can read and write, the dogs in poetry, the cats and the others in prose."