There Are 36,000 Students in My Poetry Class


How would you do in a poetry class that had 36,000 students? That class size would just fill all the seats in "The Rock" stadium at Southern Miss.

In my college teaching, I have been exploring the massive open online courses (MOOCs) that have been a big part of higher education in 2012. These courses are being sponsored by some of the top universities and by new independent companies and non-profits exploring new ways to address learning.

As the name says, these courses are massive (anywhere from a few hundred learners to well over 100,000 students), open (generally free and open to anyone in the world with computer access; often age is not considered), and online (all activities are generally online and students are at a distance).

In an essay,"One Class, 36,000 Students" by Elliott Holt  on The Poetry Foundation website, she talks about her experience being in a poetry MOOC.


...through Twitter, I heard about a free, online modern American poetry class; friends raved about the professor, University of Pennsylvania’s Al Filreis, so I signed up. I wasn’t alone. By the time the class started in September, 33,000 people had joined in—from South Africa to California—including Senate Majority Whip Dick Durbin. (Two months later, enrollment had reached more than 36,000.)

The Washington Post called MOOCs "elite education for the masses,” and The New York Times said 2012 was "the year of the MOOC."  With universities like Harvard, Stanford, and Princeton offering free classes, it just had to garner some attention. Coursera (a for-profit company) offered the poetry class that Elliott tried. Coursera says that they have 1.7+ million students.

Some of these courses offer "certificates of completion" but they do not count towards a degree from these schools. Of course, part of the appeal is that you can get some Ivy League education for nothing. Maybe.

I have been teaching online since 2001 in a more traditional university degree program. But Elliott had what I would consider a typical first online course experience in her first week.


My inbox began to fill with notifications from Modern Poetry, but, distracted by other writing assignments, I paid little attention. It’s easy to ignore a class when you don’t have to face the professor in person. When I finally logged in to the site, two weeks after the course began, I realized how much I’d already missed. I had flashbacks to my college days, when I was often playing catch-up in a caffeinated panic. Gnawed by stress, I was tempted to bag the whole thing. But then I clicked on the first video discussion, about Emily Dickinson’s “I dwell in Possibility.”

Time management is a major requirement in online courses - and a major downfall for many students. I will admit that in the MOOC I am currently a student in on creativity offered by Stanford, I fell victim to my own distracted life to the point where I had to change my status in the class to "auditing."

Still, I am fine with that as I was not interested in getting any type of certificate for the course. I was as interested in how the course was being taught and presented online, as I was with the course subject - and I get to see both of those things by auditing.

Most groups that offer these courses expect high dropout rates. That is also a factor of the free nature of the course - if I was paying $250, I would have taken the work more seriously.


I’m relieved to receive an email that says the course materials will be available online until next September. I’ll have a full year to catch up on the video discussions I missed and to reread the poems closely. (Confession: In the 10th week of the course, I’m still working my way through the material from the seventh week.) When I missed a class in college, there was no way to catch up on the lectures or discussion. I’m not sure MOOCs can replace traditional university education, but they can certainly complement it. 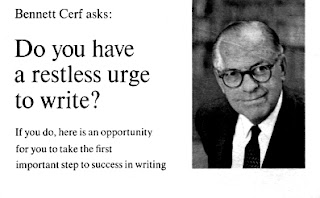 If you think that poetry is not the right subject for a MOOC, think about other poetry offerings online. Writing courses using the old correspondence model (snail mail) have been around for at least 50 years.

I remember ads with Bennett Cerf, Rod Serling and others in magazines for The Famous Writers School back in the 1960s.

And many colleges began offering courses using lectures on VHS tapes in the 1980s, moved to CDs, then DVDs and then finally online.

There are a good number of online and low-residency (requiring occasional face-to-face visits to a campus) writing programs for undergraduates and full MFA writing programs. From the people I know who teach in these programs and from students who have taken the classes, writing works better than many subjects in this format.

Although Poets Online is not a MOOC (yet!) or even an online workshop, it has some elements of those formats.

So, how would you feel in a poetry class with 36,000 students? Would reading poetry rather than writing poetry work better for you? If you have been in a MOOC, what was the experience like for you?  I welcome your comments here.


Elliott Holt's first novel You Are One of Them

will be published in 2013 and her short fiction has appeared in The Pushcart Prize XXXV  among other places. Follow her on twitter @elliottholt.