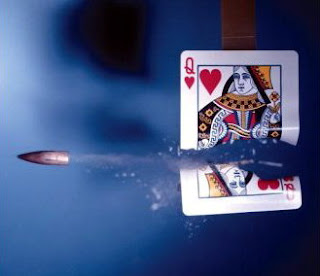 I see that Billy Collins

has a new collection of poems coming out in September. Sure to be a good seller at the Dodge Poetry Festival that month.

I'm a Collins fan. I bought The Apple That Astonished Paris in 1990 (it came out in 1988) which is probably before many readers knew of his work. He started getting a lot more attention in the later years of the last century (Picnic, Lightning in 1998) and really came to the front when he was appointed (surprisingly) Poet Laureate in 2001.

I was lucky enough to spend a week with Collins when he taught a poetry workshop on Long Island. The classes were great. The discussions were lively. He revealed the secret of the paradelle to us and we vowed to help keep it a secret. (We failed.) But the best part was our nightly sessions in a Southampton bar.

So, I look forward to his new book. But, I also wonder about this whole idea of a "new book" of poems from Collins or any leading poet.

You don't get books of poetry published unless you have already published most of them in periodicals.

I don't know what the table of contents for the new book looks like, but I suspect a lot of the new poems are ones I have already read and/or heard him read: maybe "Brightly Colored Boats Upturned on the Banks of the Charles," "August," "January in Paris," ( I recall the origin being in the Paul Valery quote "Poems are never completed, they are only abandoned") "The Lodger," "On Not Finding You at Home," "The Lanyard," "The Order of the Day," "Flock," "Constellations," "Carry," "Genius" and others. If you wanted to bother searching online, you could find a lot of them - for example, "The Breather" is on the Poetry magazine site. I have heard him read "Revenant" which is in the voice of a dog who was put to sleep, and it always gets a good reaction and laughs, so that's probably in there.

The title poem was one I heard him read back in 2005 on Garrison Keillor's Prairie Home Companion radio show. (Give a listen yourself.) "Ballistics" is based on the famous Harold Edgerton photograph of a bullet passing through a book and is echoed on the new book's cover.

I'm not saying there's nothing new in books of new poetry, but if you follow a poet's work, go to readings and read magazines, journals and online, you probably have encountered the poems before.

Still, buyers of poetry books are a small but solid consumer base. We like to have the book in our hands. We like to buy them at readings. We like to get them signed by the poet. Ballistics will sell well. Book sales may be down, but I think poetry will hold steady.


Suggested Link: Take a look at the series of Collins' poems that were animated at BCactionpoet.org