You Probably Think This Poem Is About You

WHERE does autobiography end and fiction begin? Best seller lists and publishers' catalogues assume we know the answer to this question, as they assume there is a clear- cut difference between fiction and nonfiction. Many writers are not so sure. The strongest and most passionate writing always comes out of our own experiences and obsessions - but how we transform these obsessions depends on the writer, or even on the writer's mood, at a given point in time.

In E. E. Cummings's classic novel of World War I, ''The Enormous Room,'' the author writes as ''I,'' identifies that ''I'' as Edward Estlin Cummings, even includes sketches from his own notebooks, and yet the shapeliness of the book, the sense of a beginning, middle and end, lead us to think of it as a ''novel.''

So there I was reading through poems in the collection edited by Billy Collins called Poetry 180. I read "Gee, You’re So Beautiful That It’s Starting to Rain" by Richard Brautigan, and then I flipped pages and settled on "Bike Ride with Older Boys" by Laura Kasischke. The radio was playing and Carly Simon was singing "You're so vain, you probably think this song is about you." 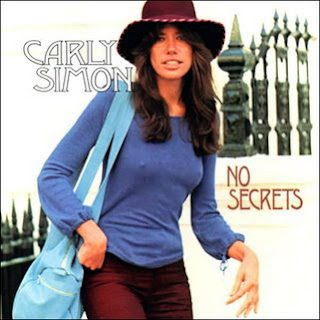 I remember when that album was released. There was much speculation about who was the "you" of the song. James Taylor? I heard Warren Beatty was the one. Mick Jagger had a connection with Carly, but then he sang backup on the song. Now , THAT would be vain! (The speculation continues apparently - look at Carly's site.)

I know teachers of poetry who deliberately remove the poet's name from a poem they hand it out in order to try and shut down the baggage that comes with knowing who is the poet and attaching a life story to the poem.

How about this situation? Have you ever read a poem written by someone you know, and thought that it was about you? That might be flattering, or insulting, or embarrassing, or it might give you thoughts about a lawsuit.

I tried, but I couldn't find a poem that exactly fit the prompt I wanted: a poem about someone that tries to convince the reader and the subject of the poem that it is NOT about them. (Like Carly's song) So, that becomes the August prompt - Can you come up with the model poem that the prompt needed?

The two model poems I did include on the site are certainly about someone. I suspect that Brautigan's Marcia really existed. Kasischke's boy (I do think of them as one) probably existed but she didn't actually do what happens in the poem, so the poem is about them, but not about them. Do you think the boys would recognize themselves if they read her poem?

You're so vain, I'll bet you think this song is about you.
Don't you? Don't you?