The Quiet Passion of Emily 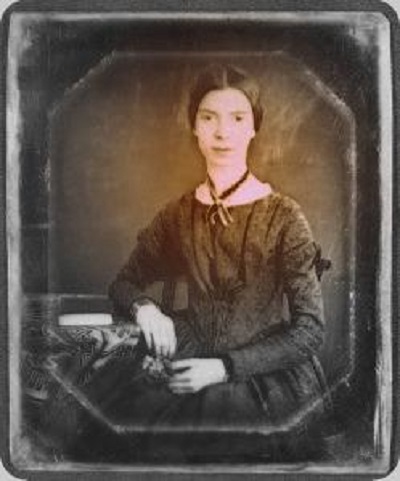 The new film, A Quiet Passion, is a story about Emily Dickinson. I had brunch with two friends last weekend and they had seen the film. One, an English major but not particularly a poetry reader, loved the movie. The other, not a poetry reader, didn't like it at all. And that seems to be the split between critics and audiences generally.

It is difficult to portray writers writing on screen because it is a solitary and not very interesting act. You need to show a life. I have always thought that Edgar Allen's life story is more interesting than his poetry, and that tale would be more appealing to contemporary audiences than his fiction. Emily Dickinson's life, as far as most people know it, does not seem to be movie material.

If you view Emily as a reclusive spinster who sat in her sepia room and wrote poems that she would hide away, then you're correct. Not movie magic. But it seems that this film has other ideas.

A Quiet Passion opens with Emily getting booted out of Mount Holyoke College. This Christian women's university was not happy with her unorthodox religious views. Emily the rebel.

My English major friend said that Emily in the film is witty and sassy. She takes digs at suitors, family and editors. She doesn't hide in her room all day, and is someone who would be good for lunch conversation.

I doubt that many of us would want to live her Amherst home life. She did escape from midnight to 3 am (when her father "allowed" her to write) to poetry, and there she put down, if somewhat cryptically, her real thoughts that probably didn't get expressed at the family dinner table.

Emily Dickinson was born in 1830 and died in 1886. The film covers her schooling to her death. She ages in the film through multiple actresses: Emma Bell as young Emily, becomes the older Emily through Cynthia Nixon in a family portrait session. One of my brunch reviewers liked this and one though they just should have aged Bell with makeup.

I read Richard B. Sewall's bio of Emily in college and that book changed my mind about her life. It lightened those dark photos of her and blew off some of the dust that has covered Emily since her poems were published.

Have you seen the film?  Give us a review in the comments here or on our Facebook pages.

And, of course, read some of her poems. Here's a free sampler to begin at poets.org


This video was done when an exhibition at the Morgan Library and Museum in New York also took a brighter view of Emily's life.