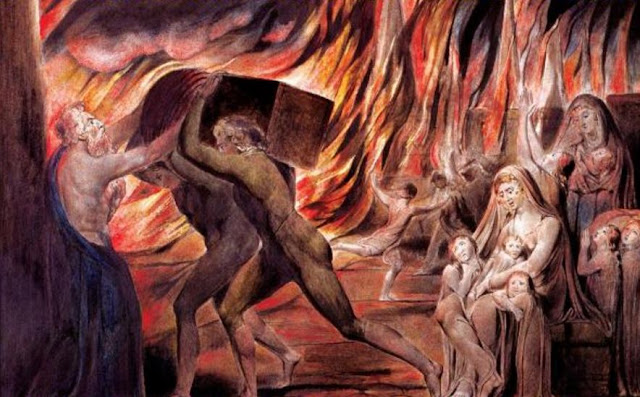 It has become very difficult for me to watch the news the past year - and yet I have watched more news than ever before. I suspect the same may be true for many of you.

The news creeps into my poems, though I think I have intentionally tried to keep it out. There is so much anger, deceit and ugliness in the news that I don't want it in my poems.

But poets have a tradition of being witnesses and reporters of their times.  When I came upon the poem "Let America be America Again" by Langston Hughes the title echoed at a slant to me like the Donald Trump "Make America Great Again" campaign hat-mantra.

(America never was America to me.)

Let America be the dream the dreamers dreamed--
Let it be that great strong land of love
Where never kings connive nor tyrants scheme
That any man be crushed by one above.

(It never was America to me.)

Against Forgetting: Twentieth-Century Poetry of Witness, edited by poet Carolyn Forché, over 140 poets who "endured conditions of historical and social extremity during the twentieth century—through exile, state censorship, political persecution, house arrest, torture, imprisonment, military occupation, warfare, and assassination write and give poetic witness to the times in which they lived.

Against Forgetting is organized according to historical tragedy, starting with the Armenian Genocide and proceeding through the twentieth century to the pro-democratic demonstrations in China. Each section is preceded by a short statement that gives historical background for the events in order to place the poems in a proper context. Within the sections, the poets are organized chronologically according to their year of birth and editor Forché presents a brief biographical note elucidating the poet’s personal experiences with the historical situation.

A companion volume to Against Forgetting, Poetry of Witness, collects 300 poems composed while their authors awaited execution, endured imprisonment, fought on the battlefield, or labored on the brink of breakdown or death.

We all bear witness to historical events, hopefully not as extreme as those situation, and some poets choose to write about them. These anthologies argue that such poets are a perennial feature of human history.

These poems reveal the ways in which tragic events leave marks upon the imagination.

Even poems that do not explicitly take historical events as their main subject matter may contain the events beneath the surface of the language.

In “Some Days” by Philip Terman from his collection Our Portion, there is that feeling some of us might have now of not wanting to bear witness.


Some days you have to turn off the news
and listen to the bird or truck
or the neighbor screaming out her life.
You have to close all the books and open
all the windows so that whatever swirls
inside can leave and whatever flutters
against the glass can enter. Some days
you have to unplug the phone and step
out to the porch and rock all afternoon
and allow the sun to tell you what to do.
The whole day has to lie ahead of you
like railroad tracks that drift off into gravel.
Some days you have to walk down the wooden
staircase through the evening fog to the river,
where the peach roses are closing,
sit on the grassy bank and wait for the two geese.


Carolyn Forché's own prose poem, "The Colonel," is a powerful and disturbing "documentary poem" that started as a prose piece that reached her editor who felt it was a poem.   Read the poem and hear Forché introduce and read it.

This month our writing prompt is to write a poem of witness, a documentary poem based on something in the current news from anywhere in the world. What event is affecting you? How has it entered you and your life? What can you say about it that may be helpful to others today and in the future? You own situation need not be that you "endured conditions of historical and social extremity" and the event may not be one that has attracted national or worldwide attention. In fact, it may be that those events are the ones that need you as witness.