A Poet Named Paterson from Paterson 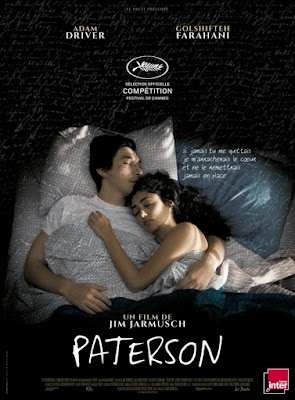 Jim Jarmusch’s new film is Paterson. which opened this week in the U.S. but received good reviews last May at the Cannes film festival.

Director Jarmusch came to New York in the 1970s and wanted to be a poet. He was diverted by music and filmmaking, but poetry has not left him. In his film Only Lovers Left Alive, one character is Christopher Marlowe, and in Dead Man one is William Blake.


"Well, when I became a teenager I started reading French symbolist poets — translated, of course. And I discovered Baudelaire — and, consequently, Rimbaud — and I started looking at American poets; Walt Whitman first. And then, when I escaped Akron, Ohio, where I was born, and eventually ended up in New York. I got to study in the New York school of poets and I got to study with Kenneth Koch, a great poet of the New York school and David Shapiro. Ron Padgett, who wrote the poems for our film and David Shapiro, who was my teacher, they both edited a book called the Anthology of New York Poets in 1970. I didn’t discover it until the mid-1970s, but it was kind of a bible for me. "


But in his newest film, we follow a guy called Paterson was born and still lives in Paterson, New Jersey. He drives the #23 bus which has his name on its side.

Among other things, Paterson, New Jersey is a poetry city. This "Silk City" was known for that elegant fabric during the latter half of the 19th century. It was and still is an immigrant city. It has a large Hispanic population and many immigrants from the Arab and Muslim world. (It has the second-largest Muslim population in the United States.)

You may know that the Lou Costello half of the comedy team Abbott and Costello grew up there. You may know the Great Falls of the Passaic River, now a National Park.

Paterson is also the subject of William Carlos Williams' epic poem Paterson. The city shows up in the poetry of another native son, Allen Ginsberg.

In Allen's friend's novel On the Road, Jack Kerouac's protagonist Sal Paradise lives with his aunt in Paterson. (Kerouac's own hometown was another mill town with a waterfall, Lowell, Massachusetts. New Jersey's Junot Diaz uses Paterson. It is the setting of John Updike's novels In the Beauty of the Lilies and is renamed "New Prospect" in his novel The Terrorist.

I worked at Passaic County Community College in Paterson for five years and for me the city is a poetry place. Besides Williams and Ginsberg, it breathes poetry today through the work of poet Maria Mazziotti Gillan on the page and in everyday life.

Maria sings of her hometown in all of her twenty-one books of poetry. She also helps make Paterson  the beating heart of poetry for the state as the Founder and Executive Director of the nationally known Poetry Center at Passaic County Community College. She is the editor of the Paterson Literary Review which comes from the Center and sponsors the Allen Ginsberg Poetry Prizes. 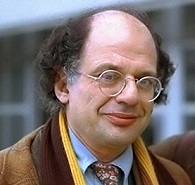 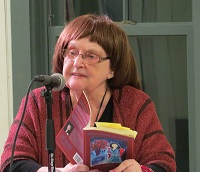 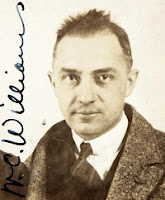 The Paterson in the new film, played by Adam Driver, seems to take William Carlos Williams' poem and its aesthetic of finding beauty in the everyday to heart. He awakens and talks to his wife Laura (Golshifteh Farahani), drives his NJ Transit bus, walks his dog and writes his poems. The work of contemporary poet Ron Padgett inspires and is the prose poetry of the character Paterson.

We have plenty of matches in our house. We keep them on hand always. Currently our favorite brand is Ohio Blue Tip, though we used to prefer Diamond brand. That was before we discovered Ohio Blue Tip matches. They are excellently packaged, sturdy little boxes with dark and light blue and white labels with words lettered in the shape of a megaphone, as if to say even louder to the world, ''Here is the most beautiful match in the world, its one and a half inch soft pine stem capped by a grainy dark purple head, so sober and furious and stubbornly ready to burst into flame, lighting, perhaps, the cigarette of the woman you love, for the first time, and it was never really the same after that. All this will we give you.'' That is what you gave me, I become the cigarette and you the match, or I the match and you the cigarette, blazing with kisses that smoulder toward heaven.


This poetry finds meaning and beauty from simplicity and routine. The film too is described as  subdued and undramatic. It may be an antidote to the superhero, violent, explosions of most films today. It may be just too simple and quiet for today's audience.

As we follow Paterson for a week, small changes in that routine seem large. Paterson's wife is also an artist but her creativity has no pattern. One day she is learning to play an instrument, or redecorating the house, designing clothing, or baking cupcakes. She builds. He strips things down to essentials.

Paterson seems quiet and gentle, but this veteran in one scene disarms an armed man. In a quiet world, small sounds seems louder.


Even in the film's trailer and clips, I see Paterson's old warehouses and factories that I know pretty well. This was a birthplace city of American industry set in a place chosen by founding father Alexander Hamilton to harness the power of the Great Falls. We see unpublished but prolific poet Paterson at the Falls too, as Ginsberg, Williams, Gillan and many other poets have done.

He is not much of a talker, but he is a listener, and that is important work for a poet.