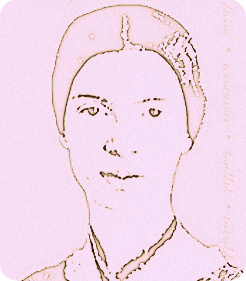 Emily's poems look so simple, but are often so hard to understand  It is so interesting that the relative simplicity of her verse forms actually make it more difficult to pull meaning from our reading of her.

Emily Dickinson's poems often have images and metaphors taken from all around her, especially from nature, but they are just as often psychological landscapes.

Did she want to challenge her readers? Of course, the first published book of her poetry appeared in 1890, four years after her death. I wrote earlier this month about Sylvia Plath's collection, Ariel. I don't think there are many critics connecting Emily to Sylvia, but I see one connection. As with Plath's book, Emily's small poetry collection was also heavily edited by men. They were very selective and removed her unique syntax, spelling, and punctuation.

It took much longer for Emily's true verse to appear than it did for Plath's intended book. The complete, restored edition of Emily's poetry did not appear until 1998 - more than 100 years after the original publication.

What is the writing lesson of Emily's poems?  perhaps, it is similar to this passage from Mr. Whitman.


“The secret of it all, is to write in the gush, the throb, the flood, of the moment – to put things down without deliberation – without worrying about their style – without waiting for a fit time or place. I always worked that way. I took the first scrap of paper, the first doorstep, the first desk, and wrote – wrote, wrote…By writing at the instant the very heartbeat of life is caught.”  Walt Whitman


I wonder if Em's odd use of dashes instead of periods, commas, and the other typical punctuation. marks.  She also liked to capitalize words - not just words at the beginning of a line.  Why? Not totally clear. .

I have read that the use of dashes and of capital letters to emphasize and personify common nouns was something she may have found in the grammar text (Wells' Grammar of the English Language) that she used at Mount Holyoke Female Seminary.

I like those dashes. Fast and simple punctuation. Reminds me of the dashes you find in haiku. A  nice clear indicator to the reader to break, and sometimes a nice bridge to a new idea.

As a young reader, I imagined prim and proper Miss Dickinson as a good, religious girl. I discovered later she had a a lot of skepticism about traditional religion. She would fit nicely into that growing number of  Americans who say they are not "religious" but are "spiritual. She said that "Some keep the Sabbath going to Church" but she was quite content Sundays at home in her garden where "the sermon is never long.”

At Mount Holyoke, they organized students into three categories: "established Christians,” those who “expressed hope,” and those who were “without hope.” Guess which group Emily was in?  I bet she got picked last for softball too.

But, she had her books: Longfellow, Thoreau, Hawthorne, Emerson, George Eliot, and the Brownings.

She loved the Brontës. She wrote “All overgrown by cunning moss" for the death of Charlotte Brontë,

All overgrown by cunning moss,
All interspersed with weed,
The little cage of “Currer Bell”
In quiet “Haworth” laid.


Emily requested that a poem by that other Emily -  Brontë  - be read at her own funeral. I hope the family granted her wish. I hope it wasn't "Remembrance."  Maybe it was "Ah! Why, Because the Dazzling Sun."

Ah! why, because the dazzling sun
Restored my earth to joy
Have you departed, every one,
And left a desert sky?