The Haiku of E.E. Cummings

I have been rereading in Complete Poems, 1904-1962  by  E.E. Cummings this month. He was a favorite of mine in my youth and a poet that always caught my younger students' attention when I presented his poems.

Edward Estlin Cummings (October 14, 1894 – September 3, 1962), known as E. E. Cummings, with the abbreviated form of his name often written by others in lowercase letters as e.e. cummings (in the style of some of his poems) was an American poet, painter, essayist, author, and playwright. His body of work encompasses approximately 2,900 poems, two autobiographical novels, four plays, and several essays, as well as numerous drawings and paintings.

Of course, they all wanted to play with capitalization and spacing and the wordplay that catches the eye in his poetry. (And they often began to write their names in lower case!)

But from what I can tell, Cummings has fallen off the reading list. It may be that his playfulness works against him as a "serious" poet, though he certainly was serious.

What I have noticed in my rereading is the haiku-like qualities of many of his poems. A great example is the poem below which is paired with a Basho haiku from 250 years earlier.

Readers have noted the "oneliness" of Cumming's poem. It is one of his poems that needs to be seen on the page and doesn't work as a reading. That's a good lesson for new poets.


This small poem, as tall as a standing chipmunk, was one I have used with many students at different levels. With a little push from shore by me, they usually would find that "everywhere" is also "here" and even "very here" (the sun IS everywhere but it is VERY here in that spotlight on the chipmunk). It is "noon" (the time) and it is "noon e - no one" in this empty place. It is "this boulder" but it is "his boulder" for that moment. Finally, it is "dreachipmunkming" - the word game of a chipmunk in the middle of dreaming.

When the text is laid out horizontally, it reads as l(a leaf falls)oneliness. In other words, a leaf falls is inserted within the first two letters of loneliness. In haiku poetry, the image of a single falling leaf is a common symbol for loneliness. That loneliness is enhanced by the structure of the poem and reminds the reader that separation is often the cause of loneliness. As he often does, Cummings divides words like loneliness to emphasize the one within it. Even the isolated letter l at top appears much like a number 1 to "title" this untitled poem. 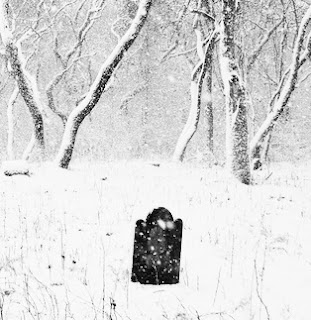 Another similar "haiku" from Cummings is one that students discover is the image of  "this one snowflake alighting upon a gravestone" but which appears on the page as:

It's an extreme example of a way to construct a haiku on a page, but a good lesson in spacing, line breaks, and "concrete" poetry. I have asked poets in workshops to take a haiku they like and do the same thing. The process forces you to slow down and really consider those words. And that is always a good thing. 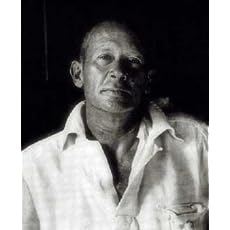