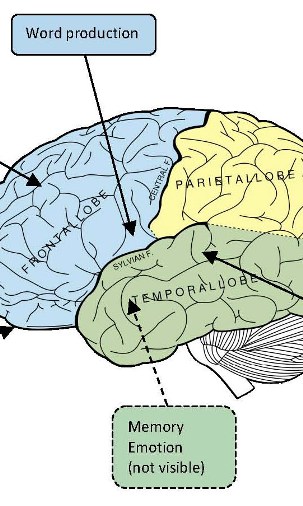 You know those poems known as ars poetica? Latin for "the art of poetry" or "on the nature of poetry," they are poems about poetry. There are examples of them by Aristotle and Horace and many poets have written ars poetica since.

Some are titled "Ars Poetica" but many more are just on the nature and art of poetry. My own personal theory is that almost every poem has some ars poetica in it.

Of the moderns, the best known is probably Archibald MacLeish's poem that ends with the couplet "A poem should not mean / But be".

One of the first known treatises on poetry, Horace's Ars Poetica (also referred to as Letters to Piso) is literally translated as "The Art of Poetry" or "On the Art of Poetry." It was composed around 15 B.C.E. and it outlines principles of poetry. His advice to poets is still valid - read widely, strive for precision, and seek honest criticism.

The modern ars poetica has shifted from didactic argument to a more introspective take on a poet's individual art.

We use "Ars Poetica" by MacLeish from his Collected Poems as our model for this month's prompt. In the poem, MacLeish says:


A poem should be motionless in time
As the moon climbs,

Leaving, as the moon releases
Twig by twig the night-entangled trees,

Leaving, as the moon behind the winter leaves,
Memory by memory the mind—

A poem should be motionless in time
As the moon climbs.

Rereading the lines "Leaving, as the moon behind the winter leaves / Memory by memory the mind—" this time, I connected with an article I clipped some time ago about scientists trying to erase/edit memories.


Suppose scientists could erase certain memories by tinkering with a single substance in the brain. Could make you forget a chronic fear, a traumatic loss, even a bad habit.


For all that scientists have studied it, the brain remains the most complex and mysterious human organ — and, now, the focus of billions of dollars’ worth of research to penetrate its secrets.


Researchers in Brooklyn have recently accomplished comparable feats, with a single dose of an experimental drug delivered to areas of the brain critical for holding specific types of memory, like emotional associations, spatial knowledge or motor skills.


The drug blocks the activity of a substance that the brain apparently needs to retain much of its learned information. And if enhanced, the substance could help ward off dementias and other memory problems.

Editing and erasing memories - Isn't that what we all do every day? Perhaps not with total success. Of course, writers work at this and poets are the masters of editing.

In this excerpt from "Work" by Mary Oliver

, the speaker is in the realm of ars poetica, but is also dealing with writing memory into poetry.  She is able to conjure her dog to her side by throwing a "handful of words...into the air." This is the world that we create in our poems and it exists beyond what we touch, see and hear.

All day I have been pining for the past.
That's when the big dog, Luke, breathed at my side.
Then she dashed away then she returned
in and out of the swales, in and out of the creeks,
her dark eyes snapping.
Then she broke, slowly,
in the rising arc of a fever.

And now she's nothing
except for mornings when I take a handful of words
and throw them into the air
so that she dashes up again out of the darkness,

this is the world.


For this prompt, try to write a poem about how you as a poet edit memories to create the world of the poem. It is an ars poetica on how we edit with a focus on the memory. It's more than just throwing a handful of words into the air, but when it works, it is that easy.

For some other takes on poets putting themselves and their relationship to the poem, and the act of writing, look at Sharon Old's "Take the I Out"; Heather McHugh's "What He Thought"; Billy Collins's "Workshop"; John Brehm's "The Poems I Have Not Written"; Mark Jarman's "Ground Swell"; Galway Kinnell's "The Bear" and James Galvin's "Art Class"

Any chance for a deadline extension of a week or so? I think the holidays really get in the way of finding that quiet time to write.

Any chance for a deadline extension of a week or so? I think the holidays really get in the way of finding that quiet time to write.

There have been a good number of submissions.

I was wondering..there have been no new poems posted since August...and nothing from the Ars Poetica prompt...is this site shutting down??
If so, that would be a shame...I really enjoy reading and submitting once in a while