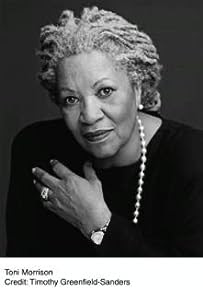 is the author of nine major novels. She won the Nobel Prize for Literature in 1993. The Bluest Eye

She received the National Book Critics Award in 1978 for Song of Solomon and the 1988 Pulitzer Prize for Beloved. In 2006, Beloved was chosen by the New York Times Book Review as the best work of American fiction published in the last quarter-century.

Readings are free and open to the public.

Attention: No RSVPs are necessary for the Toni Morrison reading. Seating will be done on a first come, first serve basis. Please arrive early to give yourself plenty of time to park and to obtain seating. For High School teachers interested in bringing their students, please email rnmfa@andromeda.rutgers.edu