"Which one of us, in his moments of ambition, has not dreamed of a miracle of poetic prose, musical without rhythm and without rhyme, supple enough and rugged enough to adapt itself to the lyrical impulses of the soul, the undulations of reverie, the jibes of conscience?"
~ Charles Baudelaire

This month is not the first time we have tried the prose poem form for a prompt. An earlier prompt (back ten years ago already) also featured poems by Nin Andrews.

The prose poem, as defined in The Glossary of Poetic Terms, is a genre in the poetic spectrum between free verse and prose. It is distinguished by the poetic characteristics of rhythmic, aural, and syntactic repetition, compression of thought, sustained intensity, and patterned structure, but is set on the page in a continuous sequence of sentences as in prose, without line breaks.

I had problems accepting prose poems as poems for a long time. It was bad enough that it seemed like so many "poems" wee just prose with line breaks already that prose poems seemed to me to be a further erosion.

I think that the poem that might have changed me is "A Story About the Body" by Robert Hass which I heard him read when it was new.

The young composer, working that summer at an artist's colony, had watched her for a week. She was Japanese, a painter, almost sixty, and he thought he was in love with her. He loved her work, and her work was like the way she moved her body, used her hands, looked at him directly when she made amused or considered answers to his questions. One night, walking back from a concert, they came to her door and she turned to him and said, "I think you would like to have me. I would like that too, but I must tell you I have had a double mastectomy," and when he didn't understand, "I've lost both my breasts." the radiance that he had carried around in his belly and chest cavity--like music--withered, very quickly, and he made himself look at her when he said, "I'm sorry. I don't think I could." He walked back to his own cabin through the pines, and in the morning he found a small blue bowl on the porch outside his door. It looked to be full of rose petals, but he found when he picked it up that the rose petals were on top; the rest of the bowl - she must have swept them from the corners of her studio--was full of dead bees.

I couldn't have told you then why that was a poem and not just prose, but I knew when he read it that it was a poem. I hadn't seen it on paper, and when I finally did find a copy it did not surprise me that it was in the form of a prose poem.

What you have heard is true. I was in his house. His wife carried a tray of coffee and sugar. His daughter filed her nails, his son went out for the night. There were daily papers, pet dogs, a pistolon the cushion beside him. The moon swung bare on its black cord over the house. On the television was a cop show. It was in English. Broken bottles were embedded in the walls around the house to scoop the kneecaps from a man's legs or cut his hands to lace. On the windows there were gratings like those in liquor stores. We had dinner, rack of lamb, good wine, a gold bell was on the table for calling the maid. The maid brought green mangoes, salt, a type of bread. I was asked how I enjoyed the country. There was a brief commercial in Spanish. His wife took everything away. There was some talk of how difficult it had become to govern. The parrot said hello on the terrace. The colonel told it to shut up, and pushed himself from the table. My friend said to me with his eyes: say nothing. The colonel returned with a sack used to bring groceries home. He spilled many human ears on the table. They were like dried peach halves. There is no other way to say this. He took one of them in his hands, shook it in our faces, dropped it into a water glass. It came alive there. I am tired of fooling around he said. As for the rights of anyone, tell your people they can go fuck themselves. He swept the ears to the floor with his arm and held the last of his wine in the air. Something for your poetry, no? he said. Some of the ears on the floor caught this scrap of his voice. Some of the ears on the floor were pressed to the ground.

Most poets who work in this form agree that a prose poem should exhibit the characteristics of poetry more strongly than prose. These poems may be thematically structured like a poem, have musicality (though not rhyme) and probably more extensively use imagery, metaphor and the tools in the poet's box. The lines in these poems break where the margin breaks. Stanzas, if they occur at all, resemble paragraphs.

Even Wikipedia tries to define the form and can give you some history of its start in 19th century France.

Prose poems have their own journals - like CUE and Sentence. 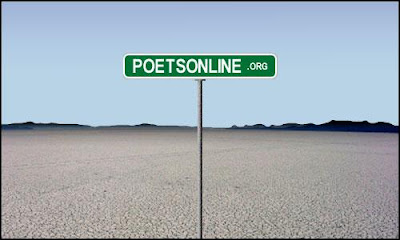 Though this month's prompt is the prose poem form, we don't want you just running to your notebooks for a short story that you never finished and sending it off as a poem. So, I am lifting the prompt directly from Kim's book (with Dorianne Laux), The Poet's Companion, which contains some great writing exercises and examples.

The Prose Poem: An International Journal states in its submission guidelines:

"Although we don't want to say that we can define "prose poetry," we do expect our contributors to at least know the difference between verse and prose poetry, so that they don't waste their time and postage. "

You should read some more prose poems before starting your own. The best way to define them is by example.