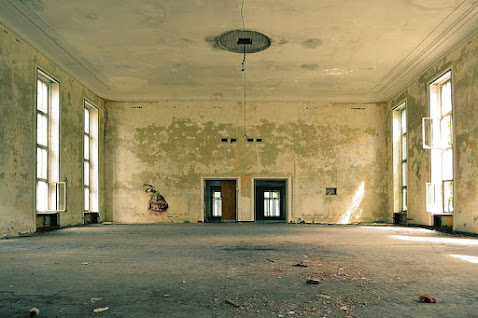 Our December prompt for the January issue asked for poems about places where what gives that place some emotional sense has been removed. Our example poems included a playground without children playing, an empty city, and an object that seems out of place in its space.

But we have no January issue.

Blame the end of the year holidays, or poetry fatigue or the prompt, but we received very few submissions and only "accepted" three poems. Not enough to merit an issue. We considered a new prompt but instead we are just going to let this prompt have some more time.

Let's rethink this idea of place. An empty building or even a room is a space, but what makes it a "place" in our poetic sense is that it has a... personality, a connection to a cultural or personal identity. A child's nursery without a child. Schools without students. A stadium without players or fans.

I have participated in writing workshops that focused on the poetry of place. Usually, we were writing about a particular place and focused on the details, sensory descriptions and the emotions someone attaches to it. Your grandmother's kitchen. Your childhood basement. The first classroom you were ever in as a student.

What happens to these spaces when they are empty of things and people?

I thought of Exit 13 poetry magazine which is a small publication focused on travel, geography and places where we live, work, and explore. What makes this submissions call different is that we want you to write about a place where what makes it that place is removed from it. This process of subtraction can make us reexamine how the place is defined.

This theme is one of the oldest in poetry. Homer’s Odyssey, Virgil’s poems about farms and farming, Dante’s Inferno, Wordsworth's poems of the English Lake District, T.S. Eliot’s The Wasteland, Elizabeth’s Bishop’s Nova Scotia, Robert Hass’s California, and the southern New Jersey poems of Stephen Dunn of some of the many examples of poets who brought place into their poetry. I found a poetry atlas online that puts poems on the map, literally.

We used a poem by Margaret R. Sáraco from her new collection If There Is No Wind as our main example. In fact, the book's title itself suggests that kind of subtraction. In her poem, "Autumnal Stroll," we know immediately that this space lacks what makes it a place.

the playground, austere
in darkness, out of
place without children,

A playground without children still has all of the equipment but is not a playground in the way that we connect to it emotionally. The process of the subtraction can be removing people or objects. Take all the plants from a greenhouse. Remove all the food from the kitchen. Enter a library without books. A bedroom without a bed.

Does this mean that the place is empty and lonely? A beach in the off-season or covered with snow and without beachgoers can be ideal for some people. In Sáraco's poem, the empty playground is ultimately enjoyable.

The time of day or the season can literally subtract people from places. In "February Evening in New York" by Denise Levertov, it is the usually busy city emptied.

As the stores close, a winter light
opens air to iris blue,
glint of frost through the smoke
grains of mica, salt of the sidewalk.

As the buildings close, released autonomous
feet pattern the streets
in hurry and stroll; balloon heads
drift and dive above them; the bodies
aren't really there.

Place can be applied at any scale - a small room or a landscape that stretches to the horizon. 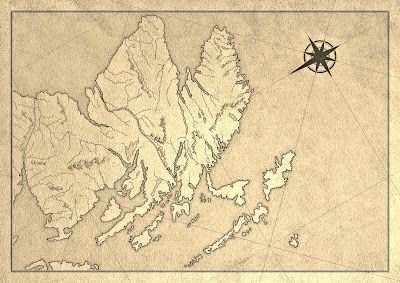 Wallace Stevens’ “Anecdote of the Jar” flips this idea by placing an object in a space where it doesn't belong.
I placed a jar in Tennessee,
And round it was, upon a hill.
It made the slovenly wilderness
Surround that hill.
The wilderness rose up to it,
And sprawled around, no longer wild.
The new submission deadline is Tuesday, January 31, 2023. It's a new year. Get back to work.
Visit our website at poetsonline.org
at January 09, 2023

Linda Pastan: When will I be most myself?