I wrote recently elsewhere about listening to an old "News From Lake Wobegon" segment from Prairie Home Companion. It was a radio program and then a podcast that I followed for a number of years until the host, Garrison Keillor, left the program. I still follow his The Writers Almanac daily even though that is in "reruns" now. The daily poem is from years ago, so most of them seem new even if I did read and listened to them before.

But what also interested me was his mention of how he composed these monologues.

I like Keillor's writing method for these News segments.

I always wrote the monologue on Friday evening, four or five pages, and looked at it Saturday morning, and then not again. I never read it. I never memorized it. I felt that I’d naturally remember the memorable parts.

I took a weeklong workshop with a very well-known poet who gave us a writing prompt one day to work on that evening. "Write the first draft with pen and paper only and make no revisions. Bring the paper to class tomorrow."

We did our assignments and he collected them at the start of the session. Then he, quite dramatically, ripped them and put them in the garbage. Shock in the class.

"Now, write it again. Anything that you remember was probably worth remembering and what you have already forgotten should be forgotten."

We wrote the poems again. After, as we shared what we wrote, some people recalled much of their poems. Some only retained a few lines or phrases. (I was in that group.) A few people remembered only the title and a few words. That didn't make them feel very good. (Some of those people were the ones who went into the trash after class to find their original.)

I have tried this on my own a few times. Write the first draft. Read it through a few times. Destroy it. Don't use a device. That's cheating if you still have the draft. Then try to write it again. Try writing a few hours later. Wait until the next day. Give it a week. The "memorable parts" should remain.

This is radical revision. It is a good writing exercise.

One summer I reread a folder of poems from years past. None were great. I wrote down the titles of a few that I thought I had some potential. Then, quite dramatically, I burned the poems in our firepit. I tried writing some of the poems whose titles I had saved. The title was enough of a trigger to get me back to what had inspired the first draft. I got a few good poems from the exercise.

Do I regret losing the other poems? No. It's not that I do this all the time. In fact, I still have a bound book of poems I wrote in high school on my shelf. they are almost all dreadful. But I keep them. I've never rewritten any of them, but they are like a kind of poetic diary of that time. There are love poems, imitations, things in grand language and attempts at haiku and short forms.

It reminds me of when John Steinbeck's dog destroyed his Of Mice and Men first draft. Steinbeck's rewrite, some from memory and some new, turned out quite well.

In 1922, Ernest Hemingway had all his writing (originals and carbons) packed in a suitcase by his wife, Hadley, for a train trip to Switzerland to meet him. She left it unattended on the train for a bit while she went to get some water. When she returned, the suitcase was gone. It has never been found. It was everything he had written at the time.

"All that remains of my complete works are three pencil drafts of a bum poem which was later scrapped, some correspondence between John McClure and me, and some journalistic carbons."

He later found two short stories back in Italy.  “Up in Michigan,” which he had buried in a drawer because Gertrude Stein had said it was unpublishable, and “My Old Man” which was out with an editor at a magazine. Two good stories. I have to wonder what was lost.

That suitcase of writing would be worth a lot of money today. Hemingway never really tried to find it. He wrote what he remembered as being good again, and the rest just disappeared forever. 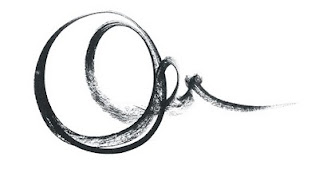