Are You a Practicing Poet?

Are you a practicing poet?  The new craft book, The Practicing Poet: Writing Beyond the Basics has in its title a double meaning. As an adjective, "practicing" means actively working at a profession, such as medicine, law or poetry. But as an implied verb, all poets are practicing their craft, like an athlete always trying to improve.

The editor of this collection of craft essays, writing prompts, and sample poems is Diane Lockward. Diane fits both definitions.

As a practicing poet, her collections of poetry include, most recently, The Uneaten Carrots of Atonement, as well as What Feeds Us  and Eve’s Red Dress.

As a teacher and poet, Diane knows the need for continuous practice in the craft of poetry. Her blog and newsletter includes many prompts and craft lessons.

In this new book, there are ten sections with each devoted to a poetic concept, such as "Discovering New Material," "Working with Sentences and Line Breaks," "Crafting Surprise," and "Transforming Your Poems." The final section, "Publishing Your Book," covers manuscript organization, book promotion, and how to present a good public reading.

The book includes thirty brief craft essays, each followed by a model poem, analysis of the poem's craft, and then a prompt based on the poem.

Full disclosure: I have known Diane for many years, going back to when both of us were high school English teachers and poets who were practicing. I also have sample poems in The Crafty Poet and The Practicing Poet.

Her craft books are suitable as a classroom text, a guidebook in a workshop, or an at-home tutorial for the practicing poet who is working independently.

Plus, each section also includes 3 model poems contributed by such poets as Thomas Lux, Joseph Bathanti, Camille Dungy, James Galvin, and Vievee Francis. These 30 model poems each have an analysis of its poetic techniques, and a prompt based on the poem.

The book represents three years of work from Diane in compiling the material in this book and the result shows her care.

You might not have taken an AP (Advanced Placement) English course in high school, but on the website edsitement.neh.gov  you can &quo... 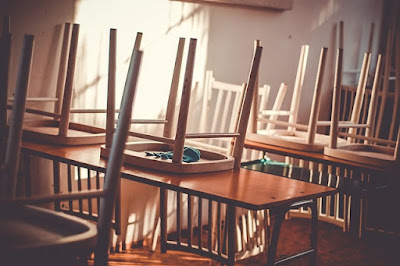