Prompt: A Song for the Body 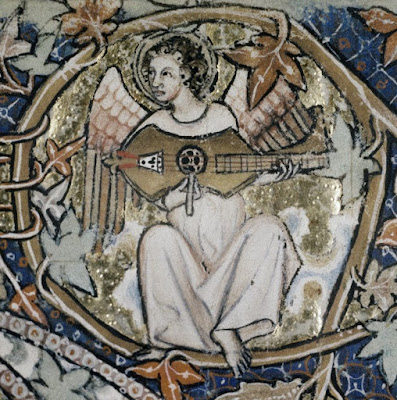 I recently read Marilyn Hacker’s clever poem “Canzone.”  I didn't know much about that form other than it being a kind of song. Her poem is a song to a part of the body - the tongue.

The tongue is certainly an organ with many uses, and to a poet certainly one of interest since it form our words. She writes that it is “sinewy and singular, the tongue / accomplishes what, perhaps, no other organ / can.”

If you read "Canzone" online on our main site or in her Selected Poems 1965-1990, you can see how she examines the multi-uses of the tongue and also how she plays with the words (particularly "organ") as can be seen in this illustrative excerpt from the poem.

...we give
the private contemplations of each organ
to the others, and to others, organ-

ize sensations into thought. Sentient organ-
isms, we symbolize feeling, give
the spectrum (that’s a symbol) each sense organ
perceives, by analogy, to others. Disorgan-
ization of the senses is an acquired taste
we all acquire: as speaking beasts, it’s organ-
ic to our discourse. The first organ
of acknowledged communion is the tongue
(tripartite diplomat, which after tongu-
ing a less voluble expressive organ
to wordless efflorescences of pleasure
offers up words to reaffirm the pleasure.)

​​Marilyn Hacker likes forms. Another interesting poem of hers is the “Villanelle For D.G.B." The poem we are looking at this month for a prompt is labeled a canzone. In ​Edward Hirsch's useful reference The Essential Poet's Glossary (which is the shorter and more focused version of his big encyclopedic A Poet's Glossary ), he notes that this form gets its name from the Italian word for "song."  This lyric poem originates in medieval Italy and France with troubadours and wandering musicians. ​Petrarch established this form of lyric love poem with stanzas of five or six lines, ending with an envoi, and Dante Alighieri was an admirer of the canzone.

Dante created his own version which Hirsch calls "maddeningly difficult... using the same five end-words in each of the five 12-line stanzas, intricately varying the pattern.”​

I don't like to use forms as prompts that are so difficult that they stop poets from attempting to write. Since Hacker, Dante and others have taken liberties with the canzone, we will too. Certainly, you can try to adhere to the form if you like the challenge of a form.

The canzone generally has 5 to 7 stanzas probably meant to be set to music. A end rhyme scheme, as one would suspect of a song, is usually followed.

Your canzone can be as short as two stanzas, because it must conclude with an envoi. The envoi (or envoy) is a short stanza at the end of a poem used either to address an imagined or actual person or to comment on the preceding body of the poem. In general, envois have fewer lines than the main stanzas of the poem

True canzones (and many songs) have a strict number of syllables. For our purposes, you should keep the length of lines equal, even if not strict about syllables. Swinburne worked with the canzone meter in “Hendecasyllabics”

In the month of the long decline of roses
I, beholding the summer dead before me,
Set my face to the sea and journeyed silent...

For our June prompt, write a song/canzone to a part of the body

Deadline for submissions is July 2, 2017


For more on the canzone form:
Daryl Hines - “Canzone” ​
John Hollander​ - “About the Canzone"

This is a fantastic poem, if anyone has time, please check out my website.

Oh this such an amazing and helpful blog. I love writing poems and would really appreciate if you find time to check out mine as well.
https://midnightthoughtsreflection.blogspot.com.