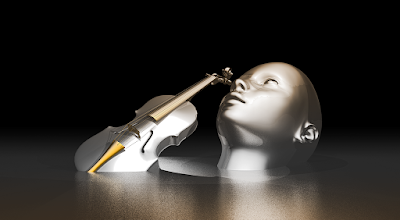 I was recently reading Oliver Sacks' book on music and memory, Musicophilia. A neurologist writing about music might seem like a way to ruin how music can move us emotionally. But, like all of Sacks' books that I have read, it illuminates the topic in new ways.

He is most interested in how memory and music mix. How does music, perhaps more than other things, bring back memories, sometime very old ones, associated with that music? There may not even be any obvious connection between the music and the memory. Music can lift us out of depression, and drag us further into it. The memories may be sad; the music may be sad or not.

Sacks tells us that music occupies more areas of our brain than language does. That gets my attention as a writer. We are a musical species.

Oliver Sacks was called by The New York Times "the poet laureate of medicine." He died in 2015 but leaves us with many wonderful books. He might still be best known for Awakenings, about people who suffered Parkinson's-like paralysis for decades after being stricken with sleeping sickness, That book was made into a wonderful film starring Robert Deniro and Robin Williams, which brought Sacks wider attention.

Musicophilia looks at some “musical misalignments,” such as children who are musical from birth, a man who suddenly finds musical ability after being hit by lightning, those with “amusia,” to whom music only sounds like noise, a man who has a memory that spans only seven seconds for everything but music and people whose memories have been rearranged by Alzheimer's Disease.

Oliver Sacks talks about Alzheimer's Disease and the power of music.

There is no shortage of poems about music, but that is not this month's writing prompt. This month, we are focusing on music that triggers memories.

Take a look at a few music poems, like "Music at My Mother's Funeral" by Faith Shearin, and you can see poetry about music that doesn't quite cross into memory.

In one of Percy Bysshe Shelley's short poems, he touches on this prompt.

Music, when soft voices die,
Vibrates in the memory—
Odours, when sweet violets sicken,
Live within the sense they quicken.

In Karl Shapiro's poem "The Piano Tuner's Wife" , my attention went to the closing stanza:

And in conclusion,
When there is no more audible dissent,
He plays his comprehensive keyboard song,
The loud proud paradigm,
The one work of art without content.

What is "the one work of art without content," that Shapiro is talking about? Is it the music - or the poem? Are we tuning our poems in the way of the piano tuner?

A simple model poem of music and memory is section 1 of Lucille Clifton's 7-part poem "far memory" which she titles "convent."

my knees recall the pockets
worn into the stone floor,
my hands, tracing against the wall
their original name, remember
the cold brush of brick, and the smell
of the brick powdery and wet
and the light finding its way in
through the high bars.

and also the sisters singing
at matins, their sweet music
the voice of the universe at peace
and the candles their light the light
at the beginning of creation
and the wonderful simplicity of prayer
smooth along the wooden beads
and certainly attended.


In this poem, I make a connection to "matins" which is a service of morning prayer in various churches, but is also the morning song of birds.

For this prompt, you hear something in the music. The music recalls a memory. Maybe you're playing the instrument, or singing, or listening to others sing or play, live or on a recording. Maybe the music is another kind - ocean waves or sounds from nature that play on the ear like music. Perhaps, you hear something that you never heard before; something no one has heard before.