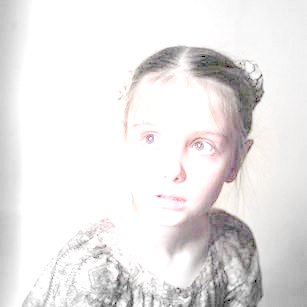 Looking at the title of Thomas Lux's poem, "For My Sister," we might expect a poem on a fairly common subject. There are many poems addressing directly or indirectly sisters and brothers. But this poem is not typical.

Forever we've never spoken.
First, our mother died
and, soon after, our father.
He would've loved you, and I understood why
when your niece, my daughter, arrived.
You'd look like her. She is already twenty-five.


This is a sister who was never born. The poet wonders "Were you younger than me, or older? / I always wished for younger."

With both his parents now gone, the poet wonders about what he is left with and what is lost.

I have a box of papers: a deed
for pastureland, naturalization forms,
boneyard plots, many pictures, certificates
of births and deaths—though none of,
nor for, nor of, you.

In Thomas Lux's collection, To the Left of Time  (Mariner Books) from which "For My Sister" (click link for the full poem) is taken, there are three sections. One section is semi-autobiographical poems and another is odes, and this poem seems that it might exist in both categories.

Lux is known for his satire and humor and his images both figurative and in plain language.

In this poem for a sister who never existed, he spends most of the poem talking about his mother and father and his own daughter. In some ways, it is a message that tries to update this sister on what her life would have been.

When I first read this poem, I thought of a story that my mother often told about the doctor telling her when she was first pregnant with me that she was going to have twins. There was no twin. Never was a twin, but my mother had prepared for two of us and as a child hearing this story, I sometimes wondered about that sister or brother that never appeared.

This month's prompt is to write a poem for or about a sibling who was never born.