Prompt: The Sound Of 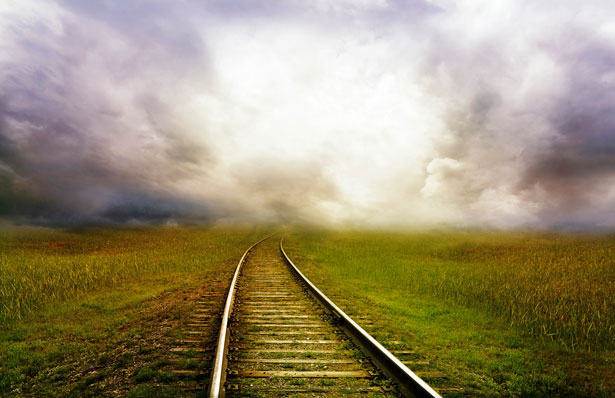 I listen every day to the few minutes of podcasted radio from Garrison Keillor’s The Writer’s Almanac,  which features a poem and several literary calendar items.  He has featured four poems by Faith Shearin already this year. I enjoyed them and it set me off to buy two of her books. (An excellent byproduct of his podcast.)

I can see why he likes her poems. They "accessible and meaningful, without gimmick and possessing a music and imagination."  All necessary qualities for a poem that you will hear read aloud (although you can read the poem more closely online too).

The poem I'm using as our March prompt is one he read last year. “The Sound of a Train” is from Faith Shearin's collection, Telling the Bees (Stephen F. Austin State University Press, 2015).

Even now, I hear one and I long to leave
without a suitcase or a plan; I want to step
onto the platform and reach for
the porter’s hand and buy a ticket
to some other life; I want to sit
in the big seats and watch fields
turn into rivers or cities. I want to eat
cake on the dining car’s
unsteady tablecloths, to sleep
while whole seasons
slip by. I want to be a passenger
again: a person who hears the name
of a place and stands up, a person
who steps into the steam of arrival.

As soon as I heard her poem, I thought of Paul Simon's song, "Train In The Distance." (I included a YouTube of the song and lyrics below.)  The poem and song have different stories, but both of them spring from that distant train sound that seems to conjure up certain feelings for people. I'm not sure that I can pin the feeling down to one word. Is it longing?

What is the point of this story?
What information pertains?
The thought that life could be better
Is woven indelibly into our hearts and our brains
Like a train in the distance

There is a form known as "sound poetry" which bridges literary and musical composition and is usually intended more for performance than the page. That is not what this month's prompt involves. And , although using sound devices isn't forbidden here, those resources used by poets to convey and reinforce meaning  through the use of sound, is also not this month's prompt.

Though you may want to use assonance, consonance, dissonance or even cacophany in your poem, the prompt is quite simply to write a poem about the sound of something or someone. What is a sound that immediately evokes some feeling or memory in you? Is it a natural sound, like that of a barred owl hooting "Who cooks for you?"  Is it the sound of waves as you fall asleep near the ocean?  Is the sound of children at play or of your mother's voice?