Prompt: The Ode and the Body

For National Poetry Month last year, poets who serve on the Academy of American Poets Board of Chancellors participated in Poet-to-Poet, a multimedia educational project. Through videos, they invited young people in grades three to twelve to write poems in response to those shared by the poets.  Here is one of those poems.

"My Skeleton" by Jane Hirshfield

After reading the poem, Jane talks in the video about the poem and tells us it is an ode. “Ode” is from the Greek aeidein, meaning to sing or chant. It is an old form of lyric poetry which would have originally been accompanied by music and dance.

The Romantic poets used it as a way to formally address an event, a person, or a thing not present.
There are three typical types of odes: the Pindaric, Horatian, and Irregular. You can check into the more formal aspects of each, but we're being more general in our approach this month.

William Wordsworth's poem “Ode on Intimations of Immortality from Recollections of Early Childhood” is an example of an English language Pindaric ode.

The Horatian ode (named for the Roman poet Horace) is more contemplative, less formal, less ceremonious, and less theatrical. Look at the Allen Tate poem “Ode to the Confederate Dead.

The Irregular ode is just that. “Ode on a Grecian Urn” by John Keats was actually written based on his experiments with the sonnet.

For this month, we ask you to write an ode that focuses on the body. Jane Hirshfield

's poem opens with her direct address to the skeleton.

My skeleton,
you who once ached
with your own growing larger

She follows chronologically, following the skeleton as it ages.


each year
imperceptibly smaller,
lighter,
absorbed by your own
concentration.

Generally, the aging of the body is not a kind thing.

And finally, she concludes with this beautiful image of its life work.


You who held me all my life
inside your hands
as a new mother holds
her own unblanketed child,
not thinking at all.

Our November prompt is an ode about a part of the body.  I suppose the skeleton is a part of the body, although it is made up of many smaller parts. That is true of the ear, the hand and the brain, so you might want to choose a specific part. You might choose the nose, a breast, the mouth, lips, tongue or a thumb. So many options. You don't need to get down to an anatomical level (although that might be interesting) and you could easily be like those Romantic poets in your approach.

. It is a short poem that probably would not count as an ode by Horatio's standards, but I'm fine with it as an ode.

Homage To My Hips 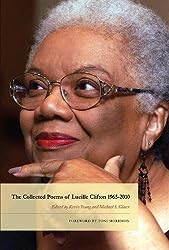 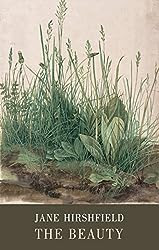