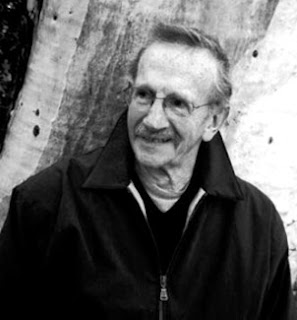 The Library of Congress has named Philip Levine

as the new U.S. Poet Laureate. He will succeed W.S. Merwin in the one year appointment.

Levine's poetry has long reflected his Detroit origins and his own and others "blue-collar life."
He was born in Detroit in 1928, to Russian-Jewish immigrant parents, and educated at Wayne University (now Wayne State), the University of Iowa Writers’ Workshop, and Stanford University.


...one of America's great narrative poets. His plainspoken lyricism has, for half a century, championed the art of telling 'The Simple Truth'—about working in a Detroit auto factory, as he has, and about the hard work we do to make sense of our lives.


On November 29, 2007 a tribute was held in New York City in anticipation of Levine's 80th birthday. Among those celebrating Levine's career by reading Levine's work were Yusef Komunyakaa, Galway Kinnell, E. L. Doctorow, Charles Wright, Jean Valentine, and Sharon Olds. Levine himself read several new and interesting poems. He thanked his students and asked them to refrain from asking for any more letters of recommendation.