The I Ching Poetry Engine 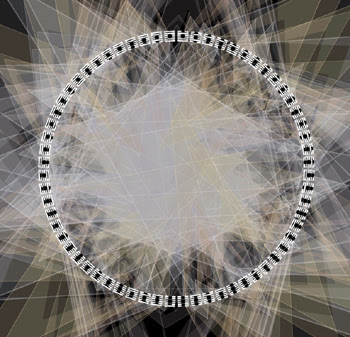 I am always a bit suspicious of electronic poetry and software that "generates" poems. Still, I am pretty tech-oriented and have dabbled in that area myself.

We used them as a prompt, so that a user might generate a line or two to get started. 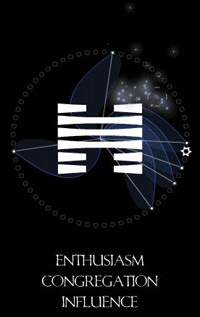 There's an I'Ching Poetry Engine web site that gives you 64 uniquely generated states. If you're not familiar with the ancient I Ching

, also known as the Book of Changes

, it is one of the oldest of the Chinese classic texts.

It is a divination

system for foretelling the future, somewhat comparable to Western geomancy

. It is still used for that purpose in both Western cultures and modern East Asia in the same way that someone might use tarot cards

The site's tech explanation is complex, but the best way to understand it is to just go to the site and play.

The site will gnerate "poems" of five lines each and approximately 30 words. Some poems enter a looping phase, creating much longer narratives.

After each poem generates and displays all of its words, the I'Ching interface returns, and the observer begins supplying the seeds for the next poem.

You can test drive it at http://www.levitated.net/exhibit/iching/and also see excerpts of generated poems

Thanks to Steve for sending us the site.
Posted by Ken Ronkowitz on 9/29/2010