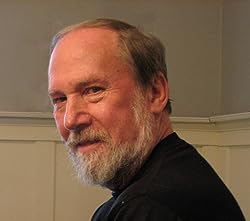 because I like what he is doing with that word sacred.

If you look up "sacred" in the dictionary, the etymology is Middle English, from sacren, meaning to consecrate, from Anglo-French sacrer, and ultimately from Latin sancire, to make sacred. Definitions will include: dedicated or set apart for the service or worship of a deity; worthy of religious veneration; holy and entitled to reverence and respect.

But that's not what is happening in the classroom of Dunn's poem "The Sacred."

I also like that the poem is set in a classroom where I have spent so many years, and inside a lesson that I probably have taught.

The teacher asks a serious and probably too personal a question. Does he expect an honest answer?  Maybe. Maybe not. But he gets ones from the most serious student.

At first, you might think his sacred place - his car - is a joke answer, but he defends his choice well. So well, that the other students feel safe enough to talk about their own sacred places.

Do you have a sacred place or did you have one as a child?