The Life And Times Of Allen Ginsberg - The Film 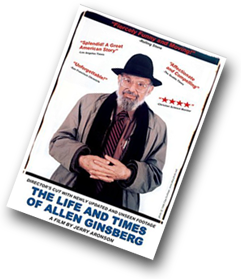 The Life And Times Of Allen Ginsberg - The Film

(83 minutes) is the result of his editing and the film is a portrait of one of America's greatest poets, author of HOWL and other ground-breaking poems.


More about the film at ginsbergmovie.com

Cinetic brings audiences the latest, greatest and classic festival favorites from around the globe. From award-winners by veteran filmmakers to up-and-coming talent telling new stories, Cinetic prides itself on being at the forefront of quality indie film in the digital space. Cinetic brings the festival and arthouse experience to audiences on demand. http://www.cineticmedia.com
Posted by Ken Ronkowitz on Friday, January 23, 2009