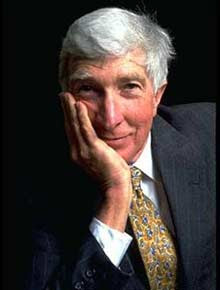 John Updike died today. He was 76.

I could write a lot about him. I have read almost all of his books. I bought and read every one of his novels. He was one of only a few writers that I would buy the new novel at its release without looking at a review and just read it.

My wife was also an Updike reader, so his novels were frequently a birthday gift for one of us.

I never got to teach any of his novels. I did regularly teach some of his poems and one of his early short stories, "A&P," that was in an anthology I used. It was a good adolescent tale of a boy who works in a supermarket who creates a moral dilemma for himself when the store's owner confronts three bikini-clad teenage girls who appear at his checkout station.

It's a simple story about a kid who takes a stand for something he believes is right and receives no praise or recognition for it.

My favorite works by him are his short stories. 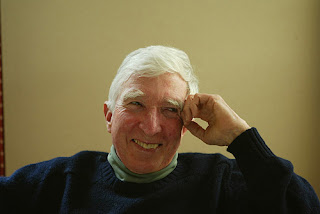 I also like Updike's poetry which never received much attention. His most anthologized poem is probably "Ex-Basketball Player" but it's not really the best representation of his poetry or what he has written in the half century since it was published.

We used an Updike poem back in January 2006 as a writing prompt.

I mentioned on the site that it's not sentimental, or comforting, or funny and wise. It's about death, loss, showing a kind of dignity in facing death, the death of the young, and that desire (thankfully) many of us seem to have (as in "A&P") to do the "right thing." I also see it as a poem about the inability of even love to triumph over death.

Monday morning, as the children were noisily fed
And sent to school, she crawled beneath the youngest's bed.
We found her twisted and limp but still alive.
In the car to the vet's, on my lap, she tried

To bite my hand and died. I stroked her warm fur
And my wife called in a voice imperious with tears.
Though surrounded by love that would have upheld her,
Nevertheless she sank and, stiffening, disappeared.

Updike wrote a second poem about this topic called "Another Dog’s Death" which you can read at this NPR site which is part of a series called "The End of Life: Exploring Death in America."

I met him twice at readings. The first time, I was a new college grad and carried the original paperback edition of his story collection Pigeon Feathers to get signed. He asked me how I had come to own it, since I was too young to have bought it new.

I told him that I bought it in a used book store and showed him a note that was inside the book when I bought it. The note was scribbled on back of an airport receipt for the book's purchase. "call. pick up boxes," it said. There was also a paycheck stub. "There's the start of a story," Updike said. I replied that I actually had written a story from that idea. He scribbled an address on a scrap of paper and gave it to me. "I'd like to see it," he said.

I mailed him the story and a week later received a postcard reply typed on a manual typewriter. It's as close to having something in The New Yorker as I have ever come.

It saddens me that John Updike never received the Nobel Prize in Literature during his lifetime. What a lifetime body of work - more than twenty-five novels, more than a dozen short story collections, poetry, non-fiction including art criticism, literary criticism, children's books, and hundreds of stories, reviews, and poems in The New Yorker where he first was accepted in 1954. 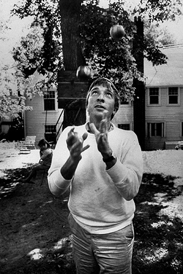 "Tell your mother, if she asks, that maybe we'll meet some other time. Under the pear trees, in Paradise."
John Updike, Rabbit at Rest

Image by Janet Gooch from Pixabay A poet new to the Poets Online website emailed me some questions about her submission which was recently ... 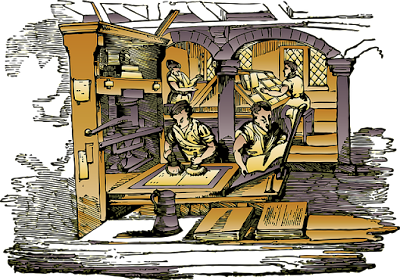