Coral Bracho: Firefly Under the Tongue 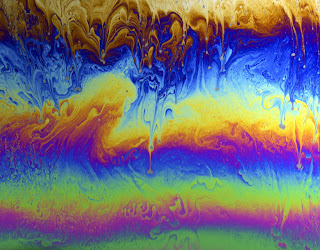 Her poem, "Firefly Under the Tongue," that is this month's model poem for our writing prompt, I first heard read in Spanish. I only understood a few words, but I loved the sound. Then I heard it read in its English translation. I understood almost all the words, but I still didn't understand the poem.

I don't feel all that bad since Bracho's translator, Forrest Gander, says this about the poem:

Is it a carnal poem about sex? Or is it a phenomenological poem about the reciprocal relation between subjectivity and world? Is it a concert of sound patterns stressing long o's and u's, love sounds, or is it an account of synesthetic perception? Does the poem intimate the hidden centrality of the earth in all human experience, in language itself? Should "Lengua" in the title be translated as "Language" or "Tongue"? What happens to those good old guides I and you after the first line?

I'm comfortable with the ambiguity. I like that the poem sends me to the dictionary to define words like violaceous (though that may be more the translator's choice). The brackets and dashes are part of her style, but why are they there? Back to Gander:

In this poem, the most difficult word for me to translate was cabala. In Spanish, it means both conjecture and Kabbalah. Since the bracketed words often seem to me like keys that unlock hidden connections and connotations, I went with door number two.

Those "keys" don't unlock much of the poem for me, but the thing is that I don't care. I like that the dictionary helps me to define words like violaceous.

Here's an excerpt from another of her poems from the Poetry Translation Centre website:

Water of Jellyfish by Coral Bracho

In a 2005 interview, she described that "Agua de bordes lúbricos" (Water of Jellyfish) "tries to get close to the movement of water with images that are "fleeting"; you can't grasp them, they are very fluid. What remains is that continuity of water."

It's the sound of the language that appeals to me. It's amazing that it works in translation. More from Gander:

It is impossible to carry into English the sound patterns. Sometimes I'm lucky, as when the long u of azules, zumo, and frutales work out as blue, juice, and fruit. When I lose sound play in one place—for instance, the slide from grieta to gruta or from goces to Gozne—I try to recover it in places where there may not be sound play in the original, as where I echo flustered in Luster or root in smooth. In Bracho's poems, the musical movement is primary and I let it tune my translation.

In this poem, the most difficult word for me to translate was cabala. In Spanish, it means both conjecture and Kabbalah. Since the bracketed words often seem to me like keys that unlock hidden connections and connotations, I went with door number two.

For this month's prompt, we reject narrative poems and request ones that are dripping with language, imagery, sensuality, mystery.