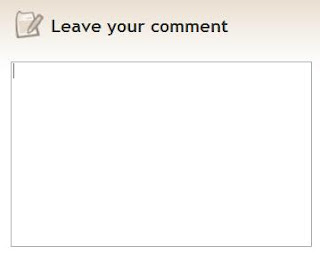 "I'm very curious about poets as bloggers. No doubt you know quite a few poets and at least a few poet-bloggers. Poets Online is a wonderful site so many of us come to in order to be inspired or simply to read some of the new (or older, archived) poems. Being a poet myself, I realize I need time to reflect a lot before committing to paper (or screen) while many of the bloggers I see around tend to be people who like to plunge in and get ideas out very quickly. So here's the question: why is it so few of the poets who use this site don't add their own comments in the blog? Any thoughts on this?"

Anonymous, I'm not sure if you're commenting on the lack of comments, lack of comments identified as poets or about why some poets don't respond in the month of the prompt?

That comment came on August 4, and that particular blog post had 6 comments at that point, which is actually a good number of comments. Before I had a chance to respond, this lengthy comment/response came from oneyenoeye who wrote:

It's an interesting question--my guess is that not commenting allows one to retain a sense of complete detachment and invisiblity. Why are there more lurkers and leachers than content producers on the web?

You can spend lots of time posting responses to blogs, if that's your thing. If you're the "plunge right in type," and subscribe to the "first thought, best thought" school of spontaneity, it's no big deal to leave a comment. To comment implies a willingness to engage in a conversation that could lead anywhere. Whenever I post a comment, it feels as though some invisible hand has given me a hard shove between the shoulder blades, causing me to stumble forward out of the darkness into the light.

If you're like me, after I read a blog entry, the brain starts constructing a chain of associations that leads away from the page. Once that happens, I don't return to post a comment. Rarely do I jot down an intial thought or reaction to a blog entry.

Comments that provide a new slant on a subject or that nudge the conversation in an interesting or surprising direction are appreciated. An intelligent comment can take quite a bit of time to compose. I always check out reader responses to books listed on Amazon, for example. Many of those posts are better than the publisher's editorial remarks. Some readers have submitted hundreds of insightful reviews, as well as useful recommendations for further reading, and make up a pretty savvy group of unpaid book critics.

But if you're afraid of sounding stupid, it's probably better not to post your ideas for the world to read. Mindless comments are like litter on the side of the road--the kind of garbage you find posted on political blogs or under a UTube video.

Post a comment and you invite a response. I've seen rather innocent comments lead to some pretty heated exchanges. Poets are sensitive creatures, not really looking to stir up trouble. Most people, it seems to me, have learned to keep their heads down for fear of getting them blown off.

The question reminds me of the typical classroom situation where a few students actively participate in a discussion while the rest of the class listens but does not voice an opinion or offer any additional insights. It's not that those students are disengaged or disinterested; they're simply content to lie on the bank and watch the river flow without ever getting a toe wet. Maybe that reluctance to dive in serves as a kind of quality control that eliminates the dumb comment, the ill-considered remark. In that case, it's a good thing that most people don't feel compelled to add their two cents worth to the conversation. If all comments were thoughtful as well as thought-provoking, there would be no need to monitor what is posted to a site.

As for me, I'm content sitting on the sidelines as a spectator unless there is some overwhelming compulsion that makes me want to take the field. To comment or not to comment--it's a question of rechanneling energy and giving something back. Most of the time, I'm too lazy to do that.

Posting a comment entails a degree of commitment that most people prefer not to take on for whatever reason--limited time and/or distraction, most likely. But without comments, you don't get that sense of vital community, that feeling of being involved in a common endeavor.

oneyenoeye says he or she is "content sitting on the sidelines as a spectator unless there is some overwhelming compulsion that makes me want to take the field," so something overwhelmed about that comment.

On the main Poets Online site, poets are invited to give their email address along with their submission if they want to invite comments from readers. I have no hard statistics on how many poets actually get email from readers, but my anecdotal evidence is that very few poets get responses. Do you think that lack of response comes from the same reasons as the lack of comments?

I've given poetry readings and attended many more readings and haven't noted all that many "comments and responses" after the reading to the poets.

Look at the comments here and on other blogs - lots on anonymous comments. Maybe those are comments from the poets who contribute to the site.

I have no answer to these questions, but it's great to get thoughtful comments on the blog. I had hoped in creating the blog to encourage some conversation about the prompts while they were active, and about the poems after they are posted. I can't say that has happened in any substantial way.

Want to comment about no comments? Here's the place...
Posted by Poets Online on Wednesday, August 06, 2008

I don't usually feel like I have anything "significant" to say, so I don't comment very often. Most blogs (this one included) allow anonymous commenting, so I don't think that it's fear of a loss of privacy.

Do you thinks poets are more or less likely than "normal" (well, non-poet) readers to post a comment? They are word people, so I'd guess that they are more likely - though according to this post, that's not true.

I just noticed in adding my last comment that these comments require "owner approval." Does that mean that some comments never appear? (Shades of censorship?) Perhaps, that leads to a lack of commenting...

Tatiana
Yes, I have the comments set for approval. When the blog first launched, it was getting spammed, so I turned on approval. I have never deleted a comment that was legitimate, but no one would know if I did.

"Anonymous, I'm not sure if you're commenting on the lack of comments, lack of comments identified as poets or about why some poets don't respond in the month of the prompt?"

I was commenting on overall lack of comments by writers I assume are poets. This is such a specific site and blog, I think that most readers are in fact poets themselves. Some of the blog entries are so interesting and even provocative, yet a month can go by and no one comments. Tatiana and Oneeye's comments were really interesting to read. This is something I wish we'd see more of here.

As for why a poet responds to a prompt, well I wouldn't have a clue about how others respond or don't respond. I know I myself often write one or two poems in response to a prompt and not submit any because I don't think they are "right" or even good enough quality to want to submit. I wonder how others choose when to submit or not to submit?

Thanks to the others who did respond, and thanks, Ken, for making this topic a blog entry. I hope others share their own thoughts.

i would like to exercise my right to blog, but for some reason, i can't get them to go through. go figure. maybe this will make a liar out of me.

well, anonymous, you have a right to blog. create one of your own and post all you want.

but your comment - which I approved to make my point - is the type of comment that I typically will delete because they just don't further the conversation.

Maybe poets don't get round to reading things as quickly? You see - I'm a month out of date with my comment. Sometimes I don't come across a post until I'm looking for something specific. By then the post could be weeks or months old and you think you've probably missed the 'comment' window timeframe - if one exists ...