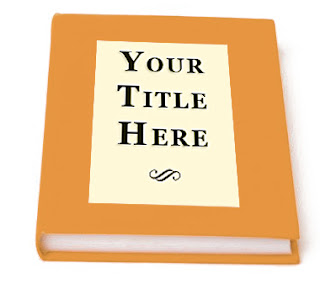 A poem's title can change a lot about how a reader approaches it. I was posting on another blog about book titles and it got me thinking about titles on books and poems.

This month, our writing prompt about triggering a poem also considered the use of a title.

You might think that a writer could come up with an original title, but keep in mind that using an allusion to a poem (or other work) is more than just a literary hat tip because it can lead a reader to the source which might provide additional insight into the new work.

Madeleine L’Engle got her title A Swiftly Tilting Planet  from Conrad Aiken’s “Morning Song of Senlin” and Cormac McCarthy selected No Country for Old Men from Yeats’s “Sailing to Byzantium.” E.M. Forster found A Passage to India  in Whitman’s “Leaves of Grass."

Mr. Shakespeare provided titles for many writers from David Foster Wallace’s Infinite Jest (from Hamlet) and Joyce Carol Oates (New Heaven, New Earth) to Edith Wharton (The Glimpses of the Moon), and Isaac Asimov (The Gods Themselves) to Dorothy Parker (Not So Deep as a Well).

In the desert
I saw a creature, naked, bestial,
Who, squatting upon the ground,
Held his heart in his hands,
And ate of it.
I said, “Is it good, friend?”
“It is bitter—bitter,” he answered;

I went through an exercise at a poetry workshop where we were given a packet of probably unfamiliar poem that had no titles or authors listed. The idea was to read and discuss the poems and then later see how the title and any knowledge of the poet's life changed our interpretations. How do you read a poem about a woman giving birth when you know it was written by a man?

In a workshop with poet Billy Collins, he gave us some Chinese poems to read that had very long titles. In fact, several of the poems themselves were shorter than the titles. It led us to look at other poems with and without their titles and we played with giving poems new titles in an attempt to move a reader in another direction.

Billy Collins later wrote a poem about all this with the title "READING AN ANTHOLOGY OF CHINESE POEMS OF THE SUNG DYNASTY, I PAUSE TO ADMIRE THE LENGTH AND CLARITY OF THEIR TITLES."

Collins gives Lu Yu the prize of a simple rice cake for his very long title "In a Boat on a Summer Evening I Heard the Cry of a Waterbird. It Was Very Sad and Seemed To Be Saying My Woman Is Cruel—Moved, I Wrote This Poem."

In that workshop, Billy said that he liked a poem title that invites us into the poem. As he says in his own poem:


How easy he has made it for me to enter here,
to sit down in a corner,
cross my legs like his, and listen.