More end-of-year best book lists are being announced. There are the known and "official" best of lists, like the National Book Awards and there are plenty of lesser known ones.

Still time to grab an end-of-year poetry gift for a friend or for yourself. 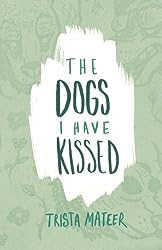 The GoodReads website has its list of readers' choice book awards, including 20 books of poetry. There are a few titles or poets that I know, but the majority are ones I don't know. There is Felicity

by Mary Oliver, but also the winning title, The Dogs I Have Kissed,

by Trista Mateer who is "Known for her eponymous blog and her confessional style of writing, this is Trista Mateer's second collection of poetry."

Assuming that the list is simply based on votes by readers of the site, you can either see it as a real list of books readers enjoyed or a chance for lesser-known poets to have their friends vote them up. I'd like to believe it is the former, a kind of crowdsourced what-I-read-and-liked list. Either way, it brought to my attention some books I would not have seen otherwise.

I occasionally look at Amazon's list of best-selling poetry books because it does mean something to know what people are buying. That list always has titles that seem like they were purchased by students for a class (lots of anthologies) and also a bunch of current titles. I'm not a big buyer of anthologies, but I can see someone buying 100 Best-Loved Poems

(knowing he never had any "hits") in the hope of getting the best in one place.