Writing the Days, One Ronka at a Time

I wrote a guest post for Adele Kenny's poetry blog, The Music In It, about my daily writing practice this year and the ronka poems I have been writing and posting online.

It is a good exercise to get "meta" about your writing once in awhile and think about what you write and why. Treat yourself as an assignment from that poetry class and look at the themes that run through your poems, the language etc. (I didn't realize how many birds were flying into my daily poems.)

Here is what I wrote for Adele. 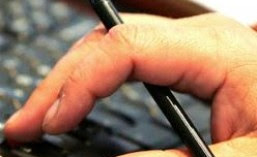 This year I wanted to take on a daily writing practice with my poetry.  It's not an original New Year's resolution. William Stafford is the poet who inspired me the most. he wrote every day of his life from 1950 to 1993. Not everything he wrote was a poem. His 20,000 pages of daily writings include early morning meditations, poems, dream records, aphorisms, and other “visits to the unconscious.”

I do write every day, but not always poetry, so the resolution was to do a daily poem. Stafford did go through a period when that was also his goal. When he was asked how he was able to produce a poem every morning, he replied, “I lower my standards.” I like that answer, but, while the phrase has a negative connotation, Stafford meant that he allowed himself some bad poems knowing that with daily writing there will be eventually be some good work.

I wanted to impose some form on myself each day and I thought using a short form might make the project more likely to succeed. I love haiku, tanka and other short forms, but I ended up creating my own form for this project.

Finding a photo of her

from that summer when we were fifteen
that hot day behind the beach house
her bare shoulders, back, arms and legs -
when I suddenly realized she’s a woman
and it startled me.  It startled me.

I call my form the ronka – obviously a somewhat egotistical play on the tanka form.

The term waka originally encompassed a number of differing forms including the tanka (“short poem”) and chōka (“long poem”), sedōka (“memorized poem”?) and katauta (“poem fragment”). Of those, only the tanka has really survived.

The tanka form consists of five units (often treated as separate lines when romanized or translated) usually with the following pattern of 5-7-5-7-7. Even in that short form, the tanka has two parts. The 5-7-5 is called the kami-no-ku (“upper phrase”) and the 7-7 is called the shimo-no-ku (“lower phrase”).

For my invented form, a ronka contains 5 lines, each having 7 words without concern for syllables. Westerners consider haiku to be 5, 7, and 5 lines counted by syallables, but, since Chinese and Japanese have no syllables, that has always been a Western convention.

Old letters from lovers, not love letters,
but timelines of relationships like plot diagrams -
conflicts, turning points, resolutions, conclusions, mostly tragedies.
Why do I save them? No sequels.
Dangerous tinder to have around. Best burned.

As with traditional tanka, I decided to have no rhyme. (Even accidental rhymes were considered faults in a tanka.). I also decided to use the haiku principle of show rather than tell. For example, to indicate spring by mentioning cherry blossoms rather than stating the season. I started the year trying not to include myself or people as frequently as we do in Western poetry, those have crept into the poems.

I have even added a few footnotes and links to poems.

Sons grow up and leave their fathers
to become fathers and perhaps have sons.
Child is the father of the man,
said another poet, his heart leaping up.
Five days of rain, then, a rainbow.

We are just past mid-year and I have maintained by daily poem practice without great difficulty. I post them online at Writing the Day and each observation of the day is categorized as being from the outside world or inside the world of dwellings or the mind.

I write at all times of the day, but most poems seem to come at the end of the day. (I also set a daily 10 pm reminder on my phone about posting a poem.)

A non-poet might think that writing 35 words a day is not much of a challenge, but poets will understand that I frequently don't write much faster than a word-per-minute. I also post an image (my own or borrowed) with each poem.

Some poems are ars poetica or poems about poetry or writing.

Basho considered a Kikaku haiku as cruel:
A red firefly / tear off its wings -
a pepper.  A pepper / give it wings –
a red firefly, was Basho’s simple change.
Revision as a Buddhist act of kindness.

No, writing poetry is more like carving
wood and taking away, finding the heart
hidden inside, paring, using point and blade.
The danger comes from the dull knife.
The soft inside will be thrown away.

Some are observations on a particular day, such as this one from the Friday the 13th in June:

A thirteenth day that is a Friday.
A Full Moon to complete a triad
of  strange correlation without any real causation.
We look carefully for signs and connections -
find clockwork regularity; serendipity in the moments.

The blog I post to has a "tag cloud" feature and I tag each ronka with a few keywords that describe the poem. It is interesting to me to see what words occur most frequently: birds, time, the Moon and tea have all been things that I seem to return to this year.

Titles have become another way of adding a line to the poem, though I still limit myself to seven words there too. 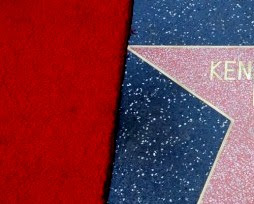 I’m Not An Actor in Hollywood But

I want a body and stunt double.
I want better lighting. No high definition.
More scenes and lines, 20 against 20,
gross points on profits, hand and footprints,
a star on the Walk of Fame.

There are lots of books and websites to find poetic inspiration through writing prompts. I have been doing a monthly one at Poets Online since 1998.  Adele has provided almost 200 well-defined prompts here already. My fellow New Jersey poets, Maria Mazziotti Gillan and Diane Lockward have excellent craft books with prompts - Writing Poetry To Save Your Life

and The Crafty Poet, respectively. William Stafford and Stephen Dunning's Getting the Knack

is a book I bought when I started teaching and I still dip into for inspiration.

Daily practices have a long history as paths of transformation spiritually, physically and for learning a craft. Perhaps, meditation and prayer will be your spiritual practice. Perhaps, yoga, tai chi or running is your physical practice. You might even combine them - kinhin is walking meditation. Consider a daily writing practice, whether it be poetry, a field guide from nature, a garden journal, one page of that long-intended novel. Disciplines of the mind are a good way to a healthy brain!

Adele is a poet and offers regular writing prompts online that are very well explained and illustrated. She is a fine poet herself - check out her collection What Matters

- and she has written many books

on a variety of topics.

A former professor of creative writing in the College of New Rochelle's Graduate School, Adele Kenny is founding director of the Carriage House Poetry Series (NJ), which is where I first met her. She is one of those many people across the country whose local efforts keep poetry alive. The readings have featured New Jersey poets and nationally-known poets, including Mark Doty, Jim Haba, Stephen Dunn, BJ Ward, Renee Ashley, Maria Mazziotti Gillan, Laura Boss, Marie-Elizabeth Mali, Diane Lockward, Alicia Ostriker and Patricia Smith.

Adele is also the poetry editor of Tiferet Journal. She has read in the US, England, Ireland, and France, and has been a featured reader at the Geraldine R. Dodge Poetry Festival.