Poe, That Raven and His Virginia 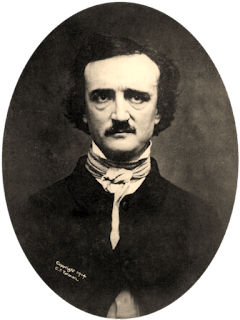 Even non-readers know Poe, if only for his odd life story or because they had to read something like his poem “The Raven” in school.

In that poem, a young man mourns the death of his lover, Lenore. He is visited by a raven on a December night that speaks to him and leads him into madness.

In his real life, Poe was writing the poem while his own young wife, Virginia, was slowly dying of tuberculosis. She died in 1847 at age 24.

Like many aspects of Poe's career, his life events overpowered many of his literary achievements. Edgar married Virginia, his first cousin, when he was 27 and Virginia was 13, though her age was listed on the marriage certificate as 21.

“The Raven” appeared in journals throughout the country and it was such a rousing success that Wiley and Putnam published two of Poe’s books that year: a collection of prose called Tales and also The Raven and Other Poems (1845). It was his first book of poetry in 14 years.

His first published poems were an anonymous collection, Tamerlane and Other Poems, in 1827 which was credited only to “a Bostonian”.

Poe was one of the earliest American practitioners of the short story and is considered the inventor of the detective fiction genre. He is further credited with contributing to the emerging genre of science fiction.

Following the example of Dickens and other Europeans, he was the first well-known American writer to try to earn a living through writing alone. He was only mildly successful in that pursuit and he had a financially difficult life and career. 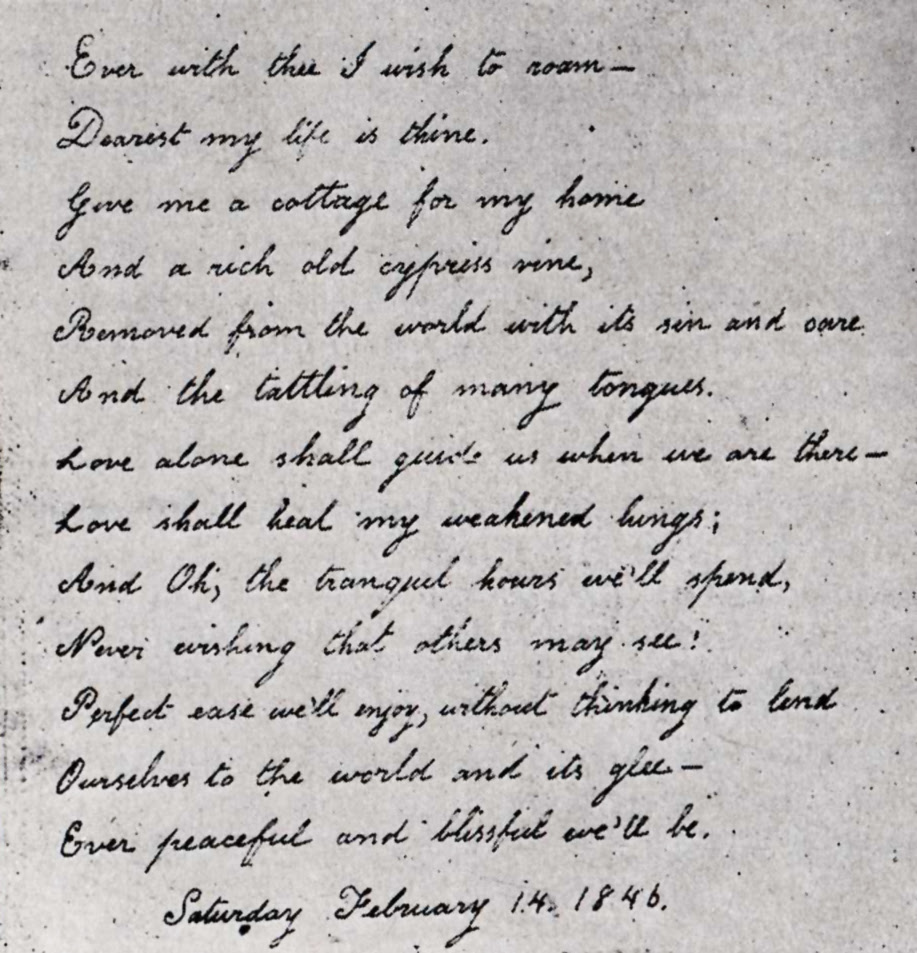 Virginia's handwritten Valentine poem to her husband. She was not a writer and this was a romantic gesture written during her illness when the couple lived in a small cottage in Fordham (Bronx), New York. The cottage is still standing today.

Text of the acrostic Valentine poem by Virginia dated February 14, 1846.


Ever with thee I wish to roam —
Dearest my life is thine.
Give me a cottage for my home
And a rich old cypress vine,
Removed from the world with its sin and care
And the tattling of many tongues.
Love alone shall guide us when we are there —
Love shall heal my weakened lungs;
And Oh, the tranquil hours we'll spend,
Never wishing that others may see!
Perfect ease we'll enjoy, without thinking to lend
Ourselves to the world and its glee —
Ever peaceful and blissful we'll be.