Erica Wright is the author of Instructions for Killing the Jackal

(Black Lawrence Press, 2011) and the chapbook Silt (Dancing Girl Press, 2009). She is the Poetry Editor at Guernica magazine and teaches creative writing at Marymount Manhattan College.

I saw a poem by her featured on the Black Lawrence Press blog. In a short interview there, she was asked about her writing process.


"Richard Hugo’s The Triggering Town: Lectures and Essays on Poetry and Writing

is my go-to craft book. Hugo talks about triggering and generating subjects, and I trust him. The trigger is merely a way to get into a poem, and I don’t worry too much about finding the perfect entry point."

Richard Hugo's The Triggering Town, originally published in 1979, remains one of the most popular books on writing poetry. In the book, Hugo discusses the imaginary and the real, and the private and the public in poetry.

In the excerpt from his book below, Hugo says that the private poet uses words that have meanings that will differ for the reader. When we try to write imaginatively, we are often trapped by the many "knowns" (associations and facts) that we hold in writing about the real world and people in it.

Your hometown often provides so many knowns  that the imagination cannot free itself to seek the unknowns...  If you have no emotional investment in the town, though you have taken immediate emotional possession of it for the duration of the poem, it may be easier to invest the feeling in the words.

Try this for an exercise: take someone you emotionally trust, a friend or a lover, to a town you like the locals of but know little about, and show your companion around the town in the poem.

In this case I imagined the town, but an imagined town is at least as real as an actual town. If it isn't you may be in the wrong business. Our triggering subjects, like our words, come from obsessions we must submit to, whatever the social cost. It can be hard. It can be worse forty years from now if you feel you could have done it and didn't. It is narcissistic, vain, egotistical, unrealistic, selfish, and hateful to assume emotional ownership of a town or a word. It is also essential...

Please don't take this too seriously, but for purposes of discussion we can consider two kinds of poets, public and private. Let's use as examples Auden and Hopkins. The distinction (not a valid one, I know, but good enough for us right now) doesn't lie in the subject matter. That is, a public poet doesn't necessarily write on public themes and the private poet on private or personal ones. The distinction lies in the relation of the poet to the language. With the public poet the intellectual and emotional contents of the words are the same for the reader as for the writer. With the private poet, and most good poets of the last century or so have been private poets, the words, at least certain key words, mean something to the poet they don't mean to the reader.

So, we might be able to write more imaginatively by moving away from the real and the known and accessing some of the private.

Here is a poem by Erica Wright that I think does that.


If You Have Two Lovers and One Is Imaginary

Twice I missed blood on the tile.
It dried into the universe,

and this is how God makes
black holes. By missing

the details while he watches
someone dry off, cup himself.

His hands are romance novels,
and I’m embarrassed.

Everyone must imagine them
on their bare stomachs and lower.

He drips sweat onto the pine
before it’s sanded and stained.

He calls his mother.
Once, before I dreamed him up,

there were nights of gunshots
out back. He wanted to leave

before dawn, but there was no way.
Even the buses had given up.

by Erica Wright, from Instructions for Killing the Jackal

For this month's prompt, try Richard Hugo's exercise: Take someone you emotionally trust (friend or a lover) to a town you like the locals of but know little about, and show your companion around the town in the poem. You can add into that mix, if you wish,  what Wright is doing too - that person you show around the town can be imaginary. 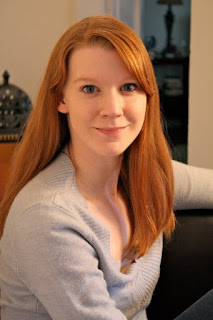 Erica Wright's blog is at EricaWright.typepad.com

INSTRUCTIONS FOR KILLING THE JACKAL reinvigorates the poetic tradition of myth-making using a combination of Southern folklore, urban legend, and Greek mythology.

"The poems in Erica Wright's bold debut balance their investigations of danger, dysfunction and bad weather not merely with beauty and poise (although she is generous with both) but also with an imaginative counterforce all her own."—Timothy Donnelly
Posted by Ken Ronkowitz on 7/07/2012