Poems Ripe To The Point Of Obscenity 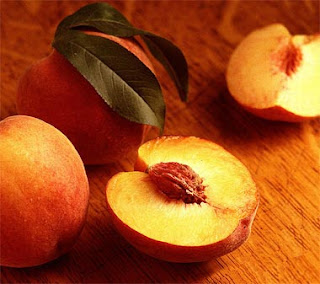 There are currently 180 writing prompts on the Poets Online main site. I counted them and surprised myself. I have been doing the site since 1998, and we were once more ambitious in our prompts - offering two a month.

I believe that almost all of those prompts were inspired by reading a poem.  But, our January prompt was inspired by lunch.

One cold day last week, in a post-holidays, end-of-year mood, my wife started cleaning out "expired" items from our kitchen shelves. This led to a purging of the fruit in the baskets. She produced a rather large plate of apples, pears, bananas and a peach that she claimed were "ripe to the point of obscenity." They exuded a heady aroma that was enticing and just at the edge of revulsion.

The sense of smell can be a powerful trigger to the other senses and memory.

This month our prompt is amazingly simple: write about fruit. If that sound too simple, consider how some other poets have approached the subject.

I paged through a few anthologies looking at titles and did a quick online search and there are plenty of poems to choose from that use fruit.

I selected two poems this month that share that subject in a similar way.

"Aubade: Some Peaches, After Storm" by Carl Phillips begins with damselflies hovering over the "blond stillness" of fallen peaches. And, in "Fallen Apples" by Tom Hansen, there are wasps in the apples.

For Hansen, the apples are both "food of the gods" and a "mushy corpse."  When he lifts the fruit, the wasps are a "congregation" that falls "into the cupped bowl of my hand."  (If we were in the classroom, this might be the time for someone to bring up another famous piece of fruit and a Fall... but not here.)

Both poems move into another place in their second sections. I particularly like how the drunk-on-fruit and night-chilled wasps move "like sleepwalkers feeling around for the light" before they "fall into flight."


One poem I came across that I have always liked is the small "White Apples" by Donald Hall. It's not really about apples at all. It's a poem that both frightens me and makes me hopeful. It has the taste of a sweet white apple and the taste of stone.

white apples and the taste of stone


Here are some other poems - prompted, perhaps, by fruit.