Prompt: Lucifer at the Starlite 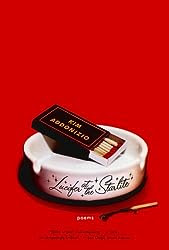 Kim Addonizio's fifth collection of poetry is Lucifer at the Starlite. It is a collection full of dualities - suffering and joy, good and evil, light and dark, personal and global. There are poems about the war in Iraq and the 2004 Asian tsunami, and ones that turn into the heart of the self.

The title poem, “Lucifer at the Starlite,” references this George Meredith poem

On a starred night Prince Lucifer uprose.
Tired of his dark dominion swung the fiend
Above the rolling ball in cloud part screened,
Where sinners hugged their spectre of repose.
Poor prey to his hot fit of pride were those.
And now upon his western wing he leaned,
Now his huge bulk o'er Afric's sands careened,
Now the black planet shadowed Arctic snows.
Soaring through wider zones that pricked his scars
With memory of the old revolt from Awe,
He reached a middle height, and at the stars,
Which are the brain of heaven, he looked, and sank.
Around the ancient track marched, rank on rank,
The army of unalterable law.


Here is Addonizio's modern take on it.

Lucifer at the Starlite
—after George Meredith

Here's my bright idea for life on earth:
better management. The CEO
has lost touch with the details. I'm worth
as much, but I care; I come down here, I show
my face, I'm a real regular. A toast:
To our boys and girls in the war, grinding
through sand, to everybody here, our host
who's mostly mist, like methane rising
from retreating ice shelves. Put me in command.
For every town, we'll have a marching band.
For each thoroughbred, a comfortable stable;
for each worker, a place beneath the table.
For every forward step a stumbling.
A shadow over every starlit thing.


When I first launched Poets Online back in 1998, one of my inspirations for the prompts was the Addonizio and Laux book, The Poet's Companion: A Guide to the Pleasures of Writing Poetry

. Kim has since published a new book of inspiration called Ordinary Genius: A Guide for the Poet Within

. It is a book of exercises and starting points. It's not prompts or a how-to, but it would be good for a writing course or for someone looking for some inspiration as they write.

This month's prompt is straightforward. I took the table of contents from Ordinary Genius and made a few minor edits to it. Its four sections and 36 chapter titles are your starting place. Select any one of the 40 as your own poem's title and go to it. (You can see the full list on the September Poets Online prompt page.) 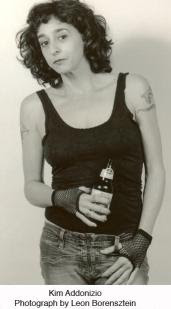 What inspires Kim Addonizio? This about-creativity.com interview with her gives you some idea.


What else inspires you?

Anything and everything. If "inspire" is the right word, a lot of poems lately have been inspired by the sorry state of the world and by ongoing romantic illusions and difficulties. Great writing always inspires me. Having a challenge inspires me -- could I do X in a poem? Could I write a novel entirely from one character's point of view, or write a historical novel? Could I write something for voice and blues harmonica that would work as a word/music piece? Trying to work out an idea, to take it from some place in my head and make it real in the world of forms.

Is there anything that helps you get to work and stay focused when you're feeling uninspired?

I either slog through, or I quit and come back later. Sometimes if you slog, you end up finding something interesting. Plus it makes you feel like you've gotten points somehow -- you stayed there when the work sucked or didn't go anywhere. And on the other hand, it's good to leave it alone sometimes and come back later. I know I'll come back. I know by now that the problem will shift. Right now I'm avoiding a novel that has some problems I don't feel I can solve, but I intend to go back and work on them; I have a lot more faith now than I used to, when I failed consistently. Fear of failure is the biggest thing that blocks creativity. It makes you give up too soon on a project, or on a writing life.

In your writing workshops, are there key lessons that you find yourself consistently emphasizing?

Oh, yeah. I'm always hammering on the same things. Sufficient clarity and context for a reader. Understanding your intent, on a holistic level, so you can reshape the poem accordingly -- that is, figuring out the core of the poem, making conscious to yourself the ideas and themes as far as possible. Keeping the writing fluid and trying out several strategies for revision, not just one. 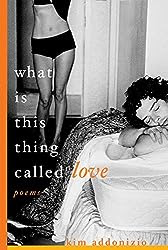 Addonizio is one of my all-time favorite poets. I wish to God she would take a position at a professor somewhere so I could sit in a classroom and just hear her talk.