Another Prompt To Start The Summer

Here's another prompt suggestion that was sent to me by Shaindel Beers. (Our June prompt using one of her poems is open for submissions until July 5.)

She used the "20 Little Poetry Projects" by Jim Simmerman listed below. She says to open the poem with the first project and close it with the last - OR - use the projects in whatever order you like, giving each project at least one line. Try to use all twenty projects. Feel free to repeat those you like. Fool around. Enjoy.


1. Begin the poem with a metaphor.
2. Say something specific but utterly preposterous.
3. Use at least one image for each of the five senses, either in succession or scattered randomly throughout the poem.
4. Use one example of synesthesia (mixing the senses).
5. Use the proper name of a person and the proper name of a place.
6. Contradict something you said earlier in the poem.
7. Change direction or digress from the last thing you said.
8. Use a word (slang?) you’ve never seen in a poem.
9. Use an example of false cause-effect logic.
10. Use a piece of talk you’ve actually heard (preferably in dialect and/or which you don’t understand).
11. Create a metaphor using the following construction: "The (adjective) (concrete noun) of (abstract noun) . . ."
12. Use an image in such a way as to reverse its usual associative qualities.
13. Make the persona or character in the poem do something he or she could not do in "real life."
14. Refer to yourself by nickname and in the third person.
15. Write in the future tense, such that part of the poem seems to be a prediction.
16. Modify a noun with an unlikely adjective.
17. Make a declarative assertion that sounds convincing but that finally makes no sense.
18. Use a phrase from a language other than English.
19. Make a non-human object say or do something human (personification).
20. Close the poem with a vivid image that makes no statement, but that "echoes" an image from earlier in the poem. 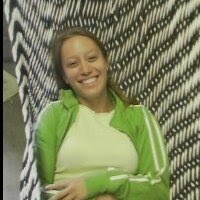 Shaindel told me, "I used this prompt when I lived in Lake Mary, Florida, sitting on my patio with my dog Emily Jane and a beer. What came of it was the poem below:"


Triptych—The Light, The End, The Light

The lawn is a coarse, green carpet
waiting to shred my feet
so my oxygenless blood can feed its roots.
Heavy clouds suffocate my cries.
It has picked a perfect day to drown me.
I slide into the soil.
The metallic taste of dirt fills me—
nose, mouth, and lungs. Days pass.
A sharp stab of light wakes me
when a shovel breaks ground, just missing
my head. It is little Jimmy Millican,
from next door, attempting, again,
to dig to China. He has heard the women there
are beautiful, and he misses his mother.
No, he doesn’t miss her, but the idea
of her, a different idea entirely
than the one his father has, every night,
sitting in his boxers on the edge
of the narrow bed, downing another oxycontin
to bring on sleep. “Dad!” screams Jimmy—
“A girl is buried in the yard!”
“Stop fucking around Jimmy—It’s not
funny! That astounding sound of loneliness
when the first shovelful of dirt
hit your mother’s coffin—” but he trails off,
train of thought lost in a cloud of numbness.
Jimmy reaches down, pulls me out—
his father’s gone again. He has to be the man now.
“You better watch it, Blondie,” his father mutters.
“Next time, Jimmy here might not be digging
for worms.” An orange glower from Jimmy
aimed at Dad—“I will so be digging—Now I know
we have a pretty lady patch in the front yard.”
“Qué loco—” his father nods knowingly.
We all worry for Jimmy but not enough
because in ten years he will think the electric fence
is talking to him—asking him to feed it things—
At first turtles and frogs,
then kittens. Until one day, he walks naked
into its embrace—finding the light
a shovel makes when it splits the soil.

This poem appears at ThievesJargon.com
Posted by Ken Ronkowitz on 6/22/2009