When I read Renée Ashley's poem "A Poem About Not Quite Getting It (but not an aphasic poem in the least", I didn't get it.

Right off, I didn't know what aphasia meant. I thought I did. I was thinking of dysphasia which is actually a swallowing disorder. Aphasia is a language disorder in which there is an impairment (but not the loss) of speech and of the comprehension of speech.

Now I get it. Maybe. Depending on the area and extent of the damage, someone suffering from aphasia may be able to speak but not write, or write but not be able to speak, or any of a wide variety of other deficiencies in language. (With one form, the person can sing but not speak!) Aphasia usually results from lesions to the left hemisphere of the brain which is also where the ability to produce and comprehend language is found for most people.

Renée is on safe ground here. Aphasia has actually been connected to poetry in a number of ways. In a research study, subjects were asked to read and distinguish between poetry and written versions of aphasic speech. The study concluded that:

If you read the list below of symptoms of aphasia with poetry in mind, they do seem connected. What poet has not suffered some of these symptoms when writing or reading poetry? 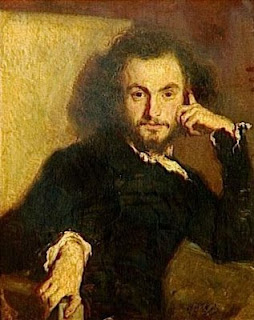 Not all famous aphasics are writers: composer Maurice Ravel, singer Jan Berry (of Jan and Dean), cinematographer Sven Nykvist, and General Robert E. Lee are in the group.

One aphasic poet was Ralph Waldo Emerson, but the most famous poet is Baudelaire. At age 45, Charles Baudelaire (at left) suffered a left hemispheric stroke that left him with severe aphasia. I find it curious that the expletive Crénom was the only word he was able to express.

Poets deal pretty regularly with readers who get it, or don't get it, when it comes to their writing.

And aphasia not the only mental disease that has poetic connections.

If memory is the thread that weaves together our identity, personality and relationships, then, when we start to lose our memory with age, those stitches come apart.

Alzheimer's disease is generally considered to be a disease of memory. The question of what remains when memory unravels is a question that poets often deal with in their writing.

I recently listened to a program on Speaking Of Faith about Alzheimer's that examined the disease from the point of view of those of us who do not suffer from the disease, but observe or care for those who do. That program included poet Sean Nevin who has led writing groups with Alzheimer's patients, as well as dealing with his own grandfather's struggle with this disease.

Here are two groups of poems from his collection of poetry about those experiences: "Oblivio Gate" and "Self-Portraits from the Widow House" which is a grouping of nine poems based on a backwards progression of painter William Utermohlen's self-portraits chronicling his descent into Alzheimer's.,

Also on NPR, was this story about poet Gary "Mex" Glazner who found that poetry can sometimes have a beneficial effect for people struggling with Alzheimer's disease.

Our writing prompt for May is to attempt a poem that deals the problems we all have with our memories and those times when we don't get it (interpret that as you will). Perhaps, you will also address the very real connections that mental diseases sometimes have with poetry. 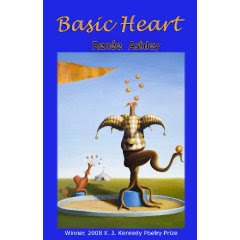 Read "A Voice Answering a Voice - A Conversation with Renée Ashley"