Poets are made, not born

If you're new to this blog, you might not know that it is an extension of the poetsonline.org website. We offer a monthly poetry writing prompt and the opportunity to submit your poetic response for online publication. All submissions that address the prompt will be read and considered for posting on the site - but, we will only consider poems that are actually in response to the current writing prompt.

We receive many poems (good and bad) each month that have nothing to do with the prompt, and always a few poems that respond to one the many prompts in our archive.

I know that many of our readers write using the prompt with no intention of submitting the poem and that's a good thing. As much as we enjoy reading your poems and sharing them with he world, the intent is to inspire people to write.

Which brings us to the October prompt - one that addresses some of these ideals directly. 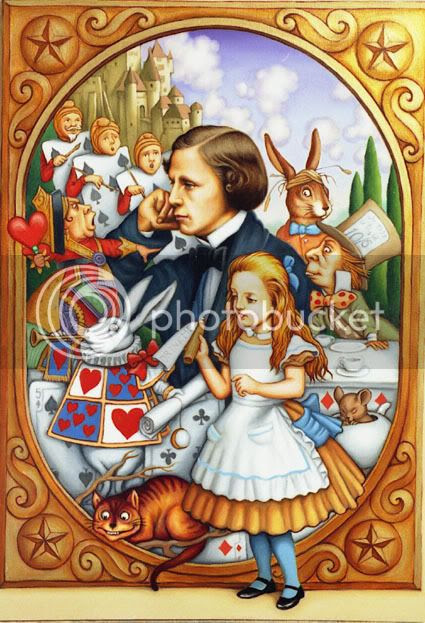 Our featured poet is Charles Lutwidge Dodgson who is best known by the pen name Lewis Carroll. I find it sad that Lewis Carroll has often been relegated to the classrooms of younger students. I deliberately chose his poem "POETA FIT, NON NASCITUR" because it's not a poem for children or one that they should or would read.

Carroll was an English author, mathematician, logician, and photographer. His most famous writings are the stories about Alice's Adventures in Wonderland and its sequel Through the Looking-Glass.

Carroll published his first major collection as Phantasmagoria in 1869. His epic nonsense poem “The Hunting of the Snark” was published in 1876. In 1871 the sequel to Alice appeared. Through the Looking Glass and What Alice Found There includes the poem “Jabberwocky.” All of them might be considered part of the genre of literary nonsense. He is known for his word play and fantasy that appeals to children and the literary elite.

The title is a play on the Latin proverb POETA NASCITUR, NON FIT which means "A poet is born, not made." Carroll flips it over to mean a poet is made, not born which I have used for many years as the slogan for this website. Poets Online runs on the premise that we can all learn to be better poets by writing poems with a bit of guidance and by trying different forms and heading in new directions.

Unlike some of Carroll's other famous poems, this one is not all nonsense. In fact, you probably need a bit of help with some of the references.

In his advice to becoming a poet, he says:

First learn to be spasmodic -
A very simple rule.

"For first you write a sentence,
And then you chop it small;
Then mix the bits, and sort them out

Spasmodic poetry was actually a form known in his time. It frequently took the form of verse drama and the protagonist was often a poet. The poetry was choppy, and, from the few samples I could find, rather difficult to comprehend. Of course, we might also take his advice as a dig at poets who take prose and "chop it small" in lines and stanzas and call it a poem.

Carroll does use some of his word tricks as when he splits "immature" to complete a rhyme:

Your reader, you should show him,
Must take what information he
Can get, and look for no im-
mature disclosure of the drift
And purpose of your poem.

In other words, the "mature" poet will make sure the arrangement of those chopped sentences doesn't give away too much about what the poem mean.

And what better way to confuse things than to throw in some Latin - exempli gratia means "An example, if you please." Plus, the Adelphi is a London theatre and The Colleen Bawn is a play by Boucicault, and duodecimo is a book made up of twelve-page gatherings cut from single sheets.