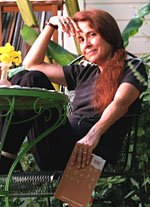 Magical thinking is a term used by historians of religion like James George Frazer to help explain their theory that magic is more like science than religion. Societies with magical beliefs often had separate religious beliefs and practices. According to Frazer, magical thinking depends on two laws: the law of similarity (an effect resembles its cause), and the law of contagion (things which were once in physical contact maintain a connection even after physical contact has been broken).

Magical thinking is that belief that we can somehow cause something to happen in an unscientific but magical way. It's a kind of faulty reasoning that confuses correlation for causation.

Someone may believe a hat brings luck when it is worn, and even if some hatless days go fine, and hatted ones go badly, the belief remains.

The primitive culture that sacrificed to ensure a good harvest and the parent who sits in the stands wishing for their 12 year old child to hit a homerun to win the game are both employing magical thinking.

Magic could be considered a way of making coincidences meaningful in social terms. Carl Jung coined the word synchronicity for experiences of this type. You are thinking of a friend you haven't seen in many months because you came across a photo of her. The phone ringa and it is her. Synchronicity?

Probably, magical thinking is more common with children. I recall believing once that I could somehow get a teacher to ignore me in class by willing myself to be temporarily invisible. It didn't always work, but there were definitely times that I did not get called upon to answer.

This type of thinking also manifests itself strongly in people suffering from some mental illnesses, such as obsessive-compulsive disorder.

Not all cultures see their beliefs as being magical. In Asia, what we call coincidences might be explained in terms of karma (your actions in a past life affects current events).

I'd rather avoid talking about this topic and mixing in religion, but in most writing about magical thinking, religion plays a role. Some might believe that their thoughts can influence events in a positive way or for the worse (as in divine punishment for "bad thoughts"). or that prayer influences a deity to alter the course of events. Opponents of magical thinking will say that it has an adverse effect on a person's faith, even in himself.

You can swing over to analysis and posit that people tend to seek confirmation of their hypotheses, rather than seeking refutation (as the scientific method would have you do). Most people are reluctant to change their beliefs, even when presented with evidence (see cognitive dissonance).

There are those who say that practices such as homeopathy are a type of "sympathetic magic" as found in James Frazer's The Golden Bough. I'm a believer in the placebo effect which certainly enters a kind of magical faith in the treatment in order to produce an outcome.

So when I read Naomi Shihab Nye's poems " The Rider" and "Making a Fist" I didn't at first see a connection - then it came to me. Magical thinking.

I had recently read Joan Didion's book, The Year of Magical Thinking. It tells her story of the year that followed the death of her husband, while their only daughter lay unconscious in a nearby hospital suffering from pneumonia and septic shock. For Joan Didion, in her magical thinking she "believed that given the right circumstances he would come back." The psychological influences on a person's body, mind or behavior are very complex. Even serious scientists cannot dismiss that magical thinking is capable of having measurable effects on the believer.

In Nye's poem "The Rider", a boy believes that if he "roller-skated fast enough, his loneliness couldn’t catch up to him" and subsequently the narrator considers whether it would also work as she rides a bicycle. In the second poem, a child is told - and believes - that you will die when you can no longer make a fist, and so "logically" concludes that as long as she can keep making a fist, she cannot die.

For our April writing, we are using magical thinking as a starting point.
Posted by Poets Online on Wednesday, March 29, 2006

I find this all quite fascinating - but i must say that I can't quite get a handle on how magical thinking is different from wishful thinking etc.

I sense it is something "higher" but I'd love some examples from others of situations that they think ARE magical thnking.

Wishful thinking is simply a hope one has. There is no reasoning involved. For example, if I have a picnic planned and the the forcast calls for a 95% chance of rain, and I hope that it won't rain or if I hope that it won't be the bad for guests out in the mud, then I am thinking wishfully. It's an unrealistic hope.

I interpret magical thinking to be a method of reasoning that is pseudo-rational or pseudo-scientific that is used to make one feel as is he/she can change forces beyond one's control. For example, Ken's reference to his thinking that he could will himself to be invisible in class. Or, the little girl who by some strange reasoning believes that if she can open an close her fist she won't die. It is similar to a superstition, but it's not exactly the same.

A superstition can be an act with no reasoning behind it like throwing salt over one's shoulder after spilling salt. It is more an act done to ward off some evil event. It involved wishful thinking but it is usually done without any thinking.

It's too bad the term is MAGICAL thinking. That term is loaded with false meaning (Houdini and Harry Potter images)

I think what Jung & others meant by it was a kind of thought (prayer?) that yields results through some power greater than ourselves. Whether that's a God, or the energy of life, karma... is open to interpretation.

Suze - I would think of things like "miracles" - the recovery of the sick after prayer, the positive attitude one has carrying you through a very tough moment.

Not optimism & nothing long term.

And perhaps not all life changing. The guy I spot across the room and "will" to come over and start a conversation.

You think it and it happens - when there's no reason you should expect it to.

Scott Shaw writes:
"It is very easy to fall into the pattern of Magical Thinking. This is particularly the case for those of us who walk upon the Spiritual Path..."
read more at
http://www.scottshaw.com/magicalthinking.html

I love the two poems chosen for this month's prompt. When I read them, I "get" what they are saying and doing. The problem with this particular prompt is that I still can't grasp how "magical thinking" is different from "hopeful/ever so slightly superstititious/if only I do this...then X will happen" thinking. It seems to me part of the writing of poems involves a magical thinking process that lets us go beyond ourselves into another realm...but is that what PoetsOnline is looking for? The more I think about magical thinking, the more confused I get.

You're not alone - the other comments and some conversations I've had with poets shows that.

For me, MT goes beyond the coincidental "I wish the clouds would clear up" and "this is my lucky hat" variety. And MT stops before the religious/prayer/intervention by divinity occurrences(the miraculous cure or recovery, for example)

Though others disagree, it's not synchronicity to me. It's not happenstance, luck or coincidence.
It is conscious. You will something to occur and despite serious statistical obstacles to it occurring, it does.

I agree with Lauren's post that the word "magic" gets in the way, but perhaps that helps us separate it from religion.